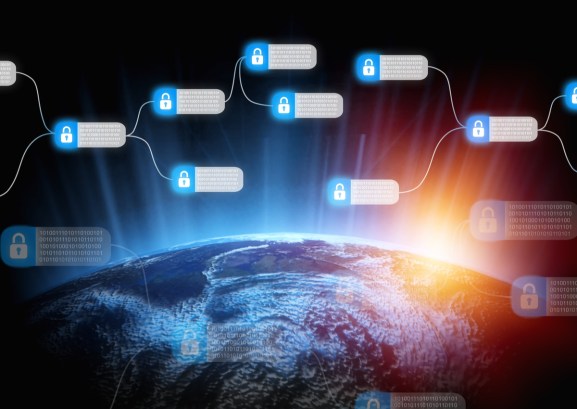 Often when the average person thinks of tech success stories, giants like Amazon and Google come to mind. However, to those in the industry, other less publicly well-known companies (like Qualcomm or McKinsey) attract a lot of praise. These companies either provide the infrastructure or the advice/research for the customer-facing brands in the spotlight.

This can be immensely profitable, and one could wonder which companies will fulfill this role in the blockchain space. At Fractonet Innovation Technologies, we have noticed two primary drivers of success in the blockchain-as-a-service (BaaS) segment, and by way of example, this is how we are approaching the challenge.

We have seen that several BaaS outfits have become successful by making the entire move to blockchain easier for established companies.

One way to achieve this is through advisory and audit services. Given the importance of well-functioning smart contracts, this segment will see huge growth in the near future.

For example, our blockchain audit services assure total integrity of your blockchain project or smart contract functionality as well as nodes communication protocol. In this way, we ensure you have a system that can be viable in the future. These kinds of audits go a long way in increasing confidence in your blockchain system.

We also provide extensive ideation and design advisory capabilities. We believe that these services will see a tremendous demand in the near future, and we look forward to other companies joining us in pushing this sector forward.

The major tech consulting leaders have not only top tier advisory capacity but also an ability to bring actual technical solutions that are better than what the market offers. This is the other aspect of Fractonet’s competence. We believe every BaaS firm needs a technological advantage over “out-of-the-box” solutions.

Our advantage is based on our RIFT protocol which utilizes blocks and mini blocks to make transaction speeds orders of magnitude faster than the norm.

RIFT has two chains; one of Blocks and a second one of Mini-Blocks. Having these layers in harmony implies a complete redesign of the blockchain; maintaining the principal values of being decentralized and having peer-to-peer synchronization.

RIFT Protocol also maintains and supports decentralization. Transactions need not exist outside of the blockchain; they are, in fact, within the second layer — the Mini-Block Layer. This achievement is remarkable because the scalability problem is solved. The opportunity to process a huge amount of transactions: that could only be possible with RIFT Protocol.

Importantly, the Fracton Network protocol is SHA-256, making it as solid and secure as the Bitcoin blockchain itself. In fact, due to the second layer of miniblock, it has increased security over Bitcoin blockchain. In terms of transactions per second, any company using Fracton Network’s protocol would achieve transaction speed far beyond Bitcoin’s; of 33 888 TPS, with the added advantage of large block size for increased data throughput and storage on-chain.

Fractonet Innovation Technologies is well placed to offer both expertise and building blocks for blockchain success, and with the industry heating up it should be an interesting next few months for us. We hope other firms in this space learn that there is a need to cover both the advisory and technological side for sustained business advantage. This should drive the entire industry towards the incredible potential it holds.