Is the retail apocalypse already over? If so, that was a short one! Big box retailers Target, Walmart, and Best Buy just announced record “same store sales” results (6.5 percent year over year, YoY, at Target, 4.5 percent at Walmart, 6.2 percent at Best Buy) for the second quarter of 2018. Here is what the latest earning calls claim are the reasons:

To corroborate the news, I had a chat with a buyer in Target’s baby department, and she told me sales certainly have “gone through the roof.” As a former Target employee, had I made a mistake leaving retail for venture capital a few years ago? But when my friend added that the sales growth had come on the heels of the Babies”R”Us/Toys”R”Us closures,” I knew something was off.

What if the strong results were not due to savvy business strategy but rather to macro effects (it’s the economy, stupid!) and simple traffic shifts due to closures of other major retailers?

Target and Walmart recently overhauled their home and fashion businesses, both prime margin producers in the retail world. Target also acquired Shipt to compete in the grocery delivery business. All three retailers are touting intangibles such as “guest experience” and “execution.”

But what is really happening here? Tactics like brand overhauls and acquisitions have been around for decades, but gains of this magnitude aren’t a result of people buying more food, a few jazzy in-store displays, and some Instagram-ready home furnishing sections. 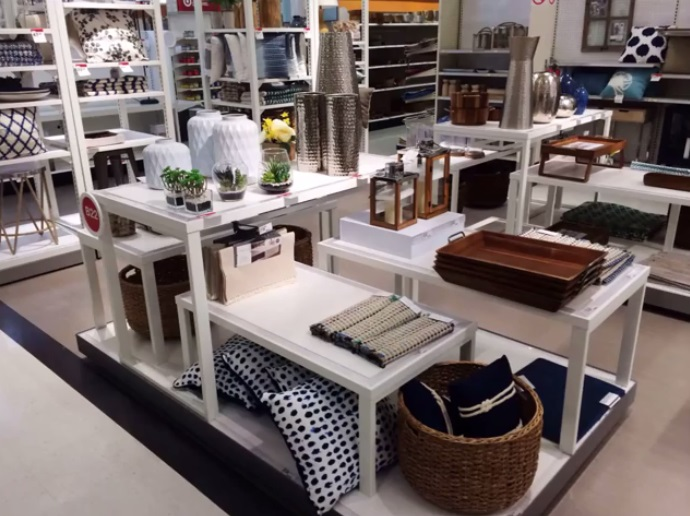 Behind these earnings-call-friendly tactics lies the reality: 1) the economy is soaring and 2) retail chain closures have left market share on the table.

Let’s start with the economy. The second quarter US GDP was just revised up last week to 4.2 percent, a four-year high. The S&P index is up 35 percent from two years ago. The unemployment rate is at a decade-low of 3.9 percent. More people are employed and spending money, and that’s a good thing. But just like a kite flies well in 50mph winds, things could change quickly if the economy turns south or if the Fed raises interest rates.

Now, store closures. 7,000 in 2017, 2018 is on par. Where do these people shop now? Keep in mind, only 13 percent of total retail is online today (44 percent of which goes to Amazon). When HH Greg and Radio Shack closed, these customers went straight to Best Buy, while Kmart, Sears, and JCPenney closures are a certain boon for Target and Walmart. Without Toys”R”Us, Q4 will be a banner quarter for Walmart and Target’s toy businesses. 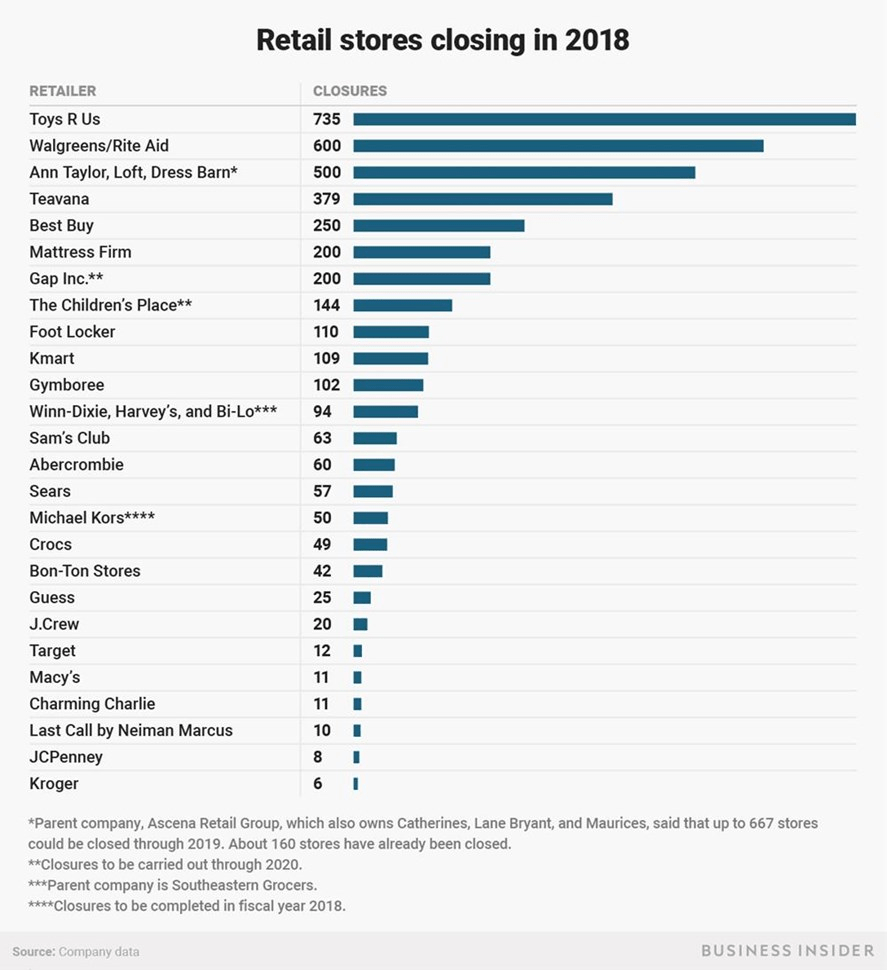 When the last CEO of Target, Gregg Steinhafel was ousted in the wake of the 2013 credit card disaster, his legacy was also missing the boat on investing in e-commerce technology. It was a disaster internally. Despite excellent YoY growth results, online sales at Target and Walmart are still a mere 5 percent of total sales. As people migrate online, Amazon continues to grab the upside, with Prime Day to put the cherry on top.

More bad news for big box retailers: The playing field isn’t even fair. Retail profitability is not as important to Amazon, since its leading cloud computing business is spectacularly profitable, driving $4.3 billion in operating income in 2017. Further, Amazon also profits from its advertising tools, even eating into the market shares of Google and Facebook. Indeed, the company reached a $1 trillion market valuation today. If Amazon makes retail a loss leader, who can compete?

So, what are the remaining big box retailers to do? I’ve heard a lot about the importance of “experiential retail” lately but, no pun intended, I’m not sure I buy it. What could beat Amazon’s “Buy Now” button? As a busy mom, the satisfaction of that single click gets me every time. And consumers usually head to Amazon way before brick-and-mortar, depriving big box retailers of a “novelty factor” on the shelves.

To stay competitive, I see two ways to turn the tide:

Automation: Why is shopping in a retail store exactly the same as it was 50 years ago? Why do customers need to search for store employees for help, face out-of-stock items, or walk products to their cars? And why on earth have we not fully automated the checkout process? There are excellent solutions for some of these problems that are waiting to be implemented. Yet retailers keep focusing on “retail theater” such as AR experiences and “stores of the future” instead of solving the real hassles of brick-and-mortar shopping. Amazon is working as quickly as it can to solve these problems — from Amazon Go to surveillance camera-powered checkout. If other retailers don’t catch up, they will join the graveyard of retailers past.

Competitive advantage: The best plan may very well be to go after the categories that will be harder for Amazon to win in: home goods, apparel, pharmacy, and food. Amazon has made moves in these spaces, too, with the acquisition of Whole Foods, PillPack, and the re-launch of its apparel business, but the race is still on. People are fairly attached to trying on clothes, scoping out home decor, and picking out groceries. Regulations prevent online pharmacies from easily fulfilling all prescription orders.

While the latest sales numbers from retailers may make it look like they’re back in business, it’s more likely they’re experiencing a brief respite before the apocalypse continues. The question is, will they use this short window of opportunity to turn their fortunes around, or will they continue to pursue strategies that aren’t working?

Kate Whitcomb runs the San Francisco branch of HAX, an SOSV-funded accelerator for hardware and connected devices, with offices in San Francisco and Shenzhen, China.