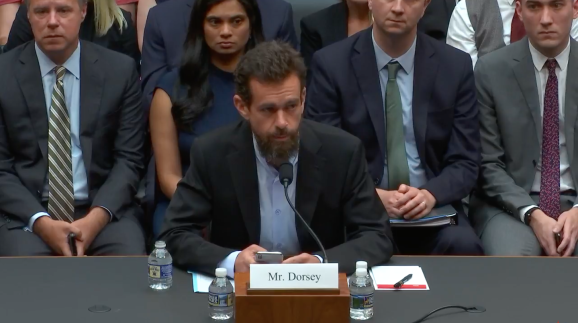 A hearing held by the House Energy and Commerce with Twitter CEO Jack Dorsey on Wednesday quickly devolved into squabbling about whether Twitter is biased against conservatives.

While Wednesday’s hearing was called in order to question Dorsey on Twitter’s responsibility to be transparent about its algorithms and other decision-making processes that affect users, many Republican members of the committee used their time to ask Dorsey about a July article from Vice about how Twitter was reportedly “shadowbanning” prominent Republicans.

Dorsey repeatedly shot down the idea that Twitter (or some of its employees) is intentionally writing algorithms that have an outsized effect on conservatives. He also emphasized in his opening remarks that there are limits to what Twitter is and isn’t responsible for.

In his own opening remarks, House Energy and Commerce Committee Chairman Greg Walden (R-OR) noted that “Twitter’s success and growth rate has been extraordinary, but it has not been without controversy.”

Democratic members of the House committee, for their part, used Wednesday’s hearing to accuse their Republican colleagues of trumpeting what they see as conspiracy theories — unfounded claims of Twitter being biased against conservatives.

“It’s the height of hypocrisy to criticize [Twitter] for its supposed liberal bias, when President Trump uses the platform every day for his juvenile tweets,” said Rep. Frank Pallone (D-NJ).

In July, Vice reported that the accounts of prominent Republicans — including RNC Chairwoman Ronna McDaniel, Rep. Jim Jordan (R-OH), and Rep. Matt Gaetz (R-FL) — were not autopopulating in search results. Vice referred to this practice as being “shadowbanned,” though Dorsey and Twitter disputed that term. These accounts weren’t being hidden — which is what shadowbanning typically refers to — but rather weren’t being suggested to users.

Dorsey said during Wednesday’s hearing that that what happened was that it was bad behavior from users’ followers — not their political views — that caused some accounts to not autopopulate in search results. He said that when Twitter realized that the algorithm it had generated was not resulting in a “fair outcome,” it made some changes.

Dorsey also sought to dispel other myths during Wednesday’s hearing about how Twitter builds its algorithms. Specifically, he emphasized that Twitter can’t always predict how an algorithm will act until the company is able to test it at scale — implying that it’s critical that Twitter gets the flexibility to do so.

“Sometimes we need to roll it [an algorithm] out and see what happens because we’re not going to be able to test every outcome in every single way,” Dorsey said.

Dorsey’s comments come at a critical moment, as the calls to regulate tech companies are increasing. Just today, the Department of Justice released a statement announcing that Attorney General Jeff Sessions will meet with attorneys general from various states on September 25 to discuss how tech companies “may be hurting competition and intentionally stifling the free exchange of ideas on their platforms.”

Dorsey, along with Facebook CEO Sheryl Sandberg, also testified in front of the Senate Intelligence Committee earlier this morning. You can read a recap of Sandberg and Dorsey’s testimony here.