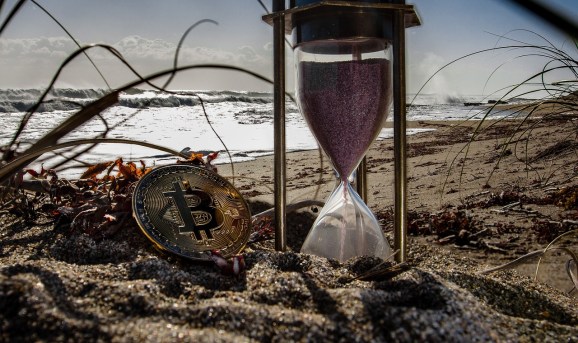 In the world of blockchain and cryptocurrencies, choosing who to invest in is an art. With over 1,000 projects either failing to appear or being outright scams (according to data tracked by sites like Coinopsy and DeadCoins), picking the potential winner in each vertical is essential.

This has been the topic of much discussion at the Crypto Finance Conference in Half Moon Bay, California this week, and I got to talk with investor Daniel Gutenberg about the problem.

An angel investor, venture capitalist, and unicorn hunter, Gutenberg has invested in more than 100 startup companies. Of those, 10 of them became unicorns. He’s been in the industry for more than 20 years, serving as board member for various companies. Along the way, Gutenberg has received numerous awards and was elected “business angel of the year” in 2010/2011.

Daniel Gutenberg started his career as CEO of Gutenberg Communication Systems AG, a company he founded in 1991. After selling his company in the year 2000, he became an active business angel.

I asked him what is different about the blockchain technology marketplace versus traditional startups and organizations.

“There are no differences,” Gutenberg said. “There are just use cases where transparency and working without a middleman makes a lot of sense.”

That, of course, is the big pull of the blockchain technology space. The ability to cut out intermediaries is a common theme, and making use of a transparent distributed ledger has led to some exciting projects, including the likes of Proxeus, SingularityNET, and FaceMetrics.

But choosing the right projects can be tough. Even many seemingly legitimate projects turn out to be vaporware, or worse, money-grabbing scams.

Tools are appearing to help sort the wheat from the chaff, including the collaboration between WatermelonBlock and IBM Watson, which could help people avoid some of the more nefarious crypto schemes, such as the now-famous Prodeum project.

In the end, though, good old-fashioned due diligence still comes into play.

“There is no difference for me,” Gutenberg said. “The decision to invest, after I have validated both the market and business model, depends 90 percent on my prognosis of the team and whether the CEO will be able to deliver or not.”

The likes of ICOHub, which partnered with Crunchbase earlier this year, are helping to quickly ratify founders and advisors, which will undoubtedly make that process quicker and easier for all interested parties. But, it appears there’s still a long way to go when it comes to identifying which blockchain technologies are likely to succeed, or even exist.

That being said, many good projects exist right now, with many more on the horizon. And while Gutenberg can’t name any specific exciting projects at this time, to retain a level of confidentiality pre-launch, he pointed to particular areas that interest him.

“In general, the most exciting projects are still Bitcoin and Ethereum, followed by some real estate and pharmaceutical applications,” he said.

Ultimately, one of the most exciting aspects of the decentralized world of blockchain technologies is that it has the potential to create consolidation in each industry, rather than what we have right now: Thousands of competing products that co-exist.

So while there are well over 700 mobile analytics products in the traditional marketing technology ecosystem, for example, we only need one accepted blockchain-based solution that everyone agrees on. Having more than one is mostly redundant.

But while a project monopoly could exist, it is important to remember that blockchain is about decentralized data, processes, and transactions. And things aren’t slowing down in this marketplace. Gutenberg sees a bright future for blockchain technologies.

“Blockchain is here to stay and will grow significantly over the next few years,” he said. “It will disrupt data monopolists in several industries over the next 30 years. I expect the peak to be in around seven years from now.”