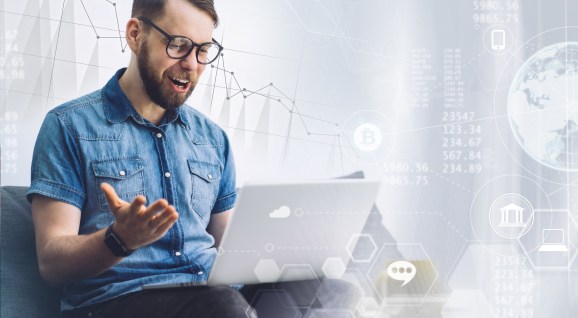 On the heels of a Supreme Court decision that will allow states beyond Nevada to legalize sports gambling, the much-publicized FanDuel merger officially closed to the tune of a $465 million exit for the daily fantasy sports site.

Hundreds of millions of dollars and an untapped market primed for growth.

An exit is an exit, but that doesn’t mean the outcome is necessarily a good deal for everyone.

While it might have been the best choice at this moment in time, from an investor’s and founder’s perspective it couldn’t have gone worse. According to an analysis from Business Insider, the founders and early investors in FanDuel may end up getting exactly $0 out of that $465 million.

That’s because they fell prey to one of the cardinal sins of startup growth: overvaluation. They raised too much money, too fast, on too high of a valuation. Valued at $1 billion just three years ago, this exit comes in at just $50 million more than the money FanDuel raised (about $416 million in total).

Meanwhile, an acquisition by Salesforce quietly reminded us how venture capital is supposed to work.

The cloud computing company recently picked up Datorama, a marketing analytics startup from Israel that had only raised about $50 million, for an estimated $800 million in a deal that’s good for everyone: investors, founders, and the buyer.

There are several takeaways here for investors.

Perhaps the biggest lesson lies in managing funds and valuation. FanDuel simply got too pumped up, while Datorama never raised beyond its means, keeping it lean. It’s a trap that catches many startups, including examples like Yik Yak and Jawbone, which both raised large war chests but fell short in their attempts to capitalize on those funds.

Based on what we know, Datorama hit the perfect valuation pacing, doubling in value roughly every 12 to 18 months. It’s all too easy for investors to keep investing more money when a company is doing well, but too much cash can be destructive, leading to inefficient practices.

As a CEO you should consider your operating visibility for the next 12 to 24 months to help determine how much money to raise. Can you reasonably forecast the ability to deploy capital and increase growth with the capital you are raising? This is not to say there aren’t benefits to having a war chest. Just remember: Your investors are expecting a big return, and the money you raise now could work against you if your ability to execute falters.

Datorama hit the perfect valuation rate and found one of the best exits in recent memory because of its excellent timing.

The benchmark in Silicon Valley is that a startup should go from funding to exit within five years. Datorama hit the nail right on the head, raising its first round in 2013 and exiting nearly five years later, according to Crunchbase. They did it by raising money at the right intervals, at the right valuations, at the right time.

In every category, in every industry, there are always winners and losers. The challenge for founders is to make sure they’re on top by owning the market and keeping it that way. Investors should look at the overall money going into the space and find out who’s getting the bulk of it. This predicts your market leader and whether your investment strategy is targeting the right startups.

Last year, Datorama was ranked 18 on Deloitte’s Fast 500 List for Europe, the Middle East, and Africa. The list measures the fastest growing technology, media, telecommunications, life sciences, and energy tech companies in the region. How’d they pull that off? They had a first-mover approach with steady market growth.

Large or small, the top 5 percent of the most productive companies also account for the most innovation by a wide margin. That’s because winning companies never stop pushing the envelope, finding new markets, new products, new ways to stay on top. For example, innovators such as Microsoft, Google, and Amazon to this day devote 10 to 15 percent of their revenue to research and development, despite the fact that they are now massive public companies.

Datorama, by its own account, took a similar approach. It didn’t just release a product and rest on its laurels. It kept pushing, kept investing, kept innovating. This led to steady, predictable growth that ultimately paid off for the company.

We don’t always have to find a unicorn. Datorama wasn’t a billion-dollar outcome, but it worked out great for investors, founders, employees, and buyers all the same.

And this is just one example. Cisco also recently announced plans to buy Duo Security, a digital security startup, for $2.35 billion in cash and equity. Founded in 2010, Duo Security had raised just $121 million in funding since launch, making it another beneficial exit for all involved.

There’s much we can learn from deals like these; we just have to remember to take a look every now and then.