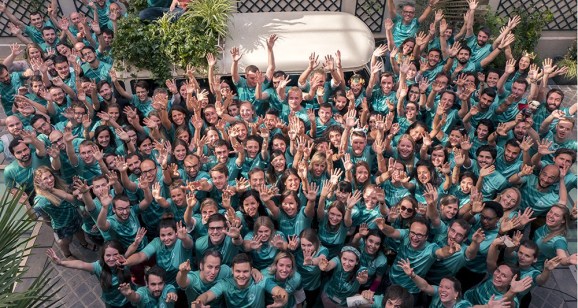 Online travel marketplace Evaneos announced it has raised $81 million in venture capital as the Paris-based company seeks to push outside Europe.

Founded in 2009, Evaneos operates a platform that helps tourists connect with a curated list of local travel agencies to book personalized trips. The company says it has had more than 300,000 customers and has signed up 1,200 travel agents.

That has made the service a hit in many of the biggest European markets. Now it’s looking to go further.

“Our business model is attracting an increasing number of European travellers each year, which makes us confident in our ability to become a global player in the tourism industry,” said Evaneos cofounder and president Eric La Bonnardière, in a statement. “This investment will now give us the necessary resources to move forward with even greater ambitions, and I look forward to welcoming our new international investors who will be at our side every step of the way.”

The company has 180 employees in Paris and says it will hire another 70 as part of its expansion plans, which include targeting North America.

Evaneos has now raised a total of $109 million in venture capital. The latest round was led by Partech and Level Equity and included money from Quadrille Capital, XAnge, Serena Capital, and Bpifrance.

“The relevance of Evaneos’ innovative value proposition stems from their strong in-depth understanding of travelers’ and local agents’ expectations,” said Partech general partner Bruno Crémel, in a statement. “Evaneos’ key contribution to local agents’ development and the constant expansion of its network of international partners are additional elements which convinced us at Partech to support Evaneos in its new growth phase.”