WhatsApp is is now available for JioPhone devices in India, which run on the Linux-based mobile operating system KaiOS.

The Facebook-owned messaging app has been available for iOS and Android device pretty much since its inception, but in recent years the company has been gradually winding down support for other platforms, including BlackBerry, Nokia’s Symbian, and Series 40; however, the latter of those has been given several stays of execution, and support is currently scheduled to end in December.

JioPhone, for the uninitiated, is basically an advanced 4G feature phone from Indian mobile network operator Jio, which runs on the lightweight mobile operating system called KaiOS. The developers behind KaiOS, San Diego-based KaiOS Technologies, recently raised $22 million in a round of funding led by Google.

News emerged back in July that JioPhone would eventually support WhatsApp, while Facebook itself, YouTube, and Google Maps had already landed on the platform, so today’s announcement isn’t exactly a surprise.

Above: WhatsApp on JioPhone

The first JioPhone launched in India last year, and it seems it has proven pretty popular — some reports suggest it now holds as much as a 47 percent share of the Indian feature phone market. And with many of the major U.S. technology companies now battling it out to get their services in front of the burgeoning Indian internet population, it makes sense that WhatsApp would choose this as its first new mobile platform launch in years.

“For the first time, WhatsApp will be available for JioPhone across India,” the company said in a blog post. “WhatsApp built a new version of its private messaging app for JioPhone, running the KaiOS operating system, to give people a simple, reliable, and secure way to communicate with friends and family.”

KaiOS is available on a handful of other devices, including ones from Alcatel and HMD Global (Nokia), but it’s not entirely clear whether WhatsApp will be made available on those devices at some point in the future.

WhatsApp can be accessed from the JioPhone AppStore from today. 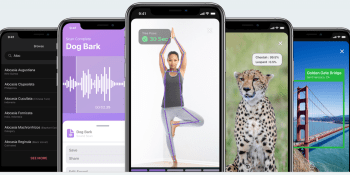