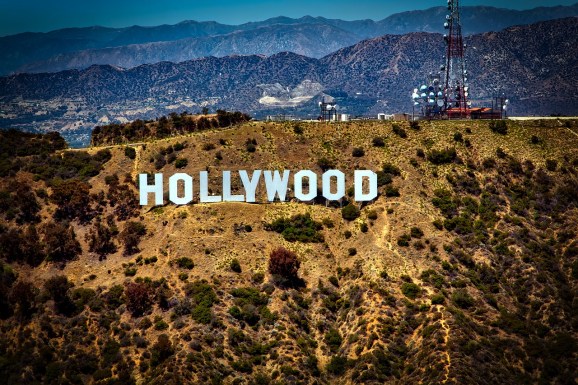 Blockchain is coming to Hollywood. We’ve already covered the likes of TaTaTu, which uses blockchain to combine social activity with movie watching, but there is more than one potential blockchain blockbuster on the way.

With a hard cap of 10,000 Bitcoin (BTC), the public presale follows the conclusion of MovieCoin’s private presale, which successfully reached the company’s soft cap of 2,000 BTC. Two billion Moviecoin Utility Tokens will be sold out of the Cayman Islands at a value of $0.11 per token during the public presale.

The company will accept Ethereum (ETH), Bitcoin, and Bankex (BKX) tokens in exchange for MOV tokens, with the minimum commitment set at 5 BTC or equivalent. Investors based in the United States and Canada are not eligible to purchase MOV tokens at this time.

So what’s the big picture?

Woodrow is no stranger to Hollywood, of course.

He has financed and produced numerous notable feature films including the box office successes Black Mass and Hacksaw Ridge as well as the critically acclaimed hit Birdman. Mr. Woodrow’s films have grossed in excess of $700 million worldwide and been nominated for 16 Academy Awards and won 6 Oscars, including Best Picture.

“MovieCoin’s business and consumer services direct the benefits associated with the MovieCoin platform and MOV tokens to active participants in the entertainment business such as talent, production companies, and various service providers,” Woodrow said. “Consumers who seek to participate in entertainment can also use MOV tokens to purchase movie tickets and other entertainment offerings.”

Why use blockchain technology for this problem versus traditional funding and technology?

“In the context of film and entertainment, crowdfunding is a niche technique that fits into a particular set of circumstances,” Woodrow said. “With the help of Bankex, our application of blockchain technology and tokenization can change the world on a much larger scale compared to traditional technology solutions.”

This includes the funding of major releases.

“The MovieCoin Smart Fund is a financing program established to finance and own a portfolio of wide-release, feature-length major motion pictures,” Woodrow said. “A separate offering of MovieCoin Smart Fund (“MSF”) tokens will be issued to fund the acquisition and production of content on the MovieCoin platform. These tokens are available to all accredited investors pursuant to Regulation D of the United States Securities Act and National Instrument 45-106 – Prospectus Exemptions, providing them with entry into film financing at a lower cost than traditional direct investments.”

“These tokens bring new levels of liquidity to a traditionally illiquid space,” Woodrow said. “Typically, film financing investments require long contractual arrangements or membership interests in privately held companies. MSF tokens, on the other hand, provide a means of secondary trading, where financiers can trade their stake at market value.”

Finally, the very nature of blockchain comes into play via a transparent distributed ledger.

“With the help of blockchain’s distributed ledger technology, investors can track how assets and capital are used simultaneously, adding speed to an industry known for complex accounting practices and prolonged payment cycles,” Woodrow said.

“We will enlist the support of entertainment industry service providers, talent, unions, guilds, and other industry stakeholders to establish MOV tokens,” Woodrow said. “MOV tokens will prevent third-party gatekeepers, including aggregators and royalty collection services, from holding onto capital that is owed to other parties for longer than necessary. This will be a major win for those who earn their keep on studio lots and behind the camera.”

Ultimately, MovieCoin wants to be the payment method of choice for content consumers.

“Over time, our goal is to make Moviecoin tokens an accepted method of payment at entertainment venues and among content providers throughout the world,” Woodrow said.

So what is the scope of the project?

“Our goal is to finance and produce between eight and ten major feature films every year, with each project comprising an A-list cast, a top-tier producer, and a highly acclaimed director,” Woodrow said. “We’ll be unveiling MovieCoin’s initial slate of pictures once our token sale process is complete.”

Initial buyers of Moviecoin Utility Tokens will also receive up to 25 percent in bonuses. The public presale will end on October 30 at midnight PST.