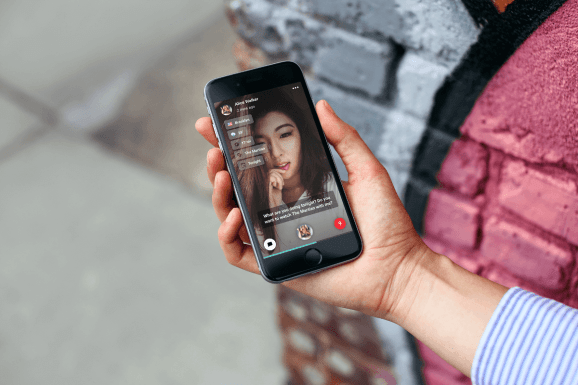 A pair of French entrepreneurs today announced the launch of Starchain Capital, an early-stage investment fund that has raised about $12 million to invest in blockchain projects.

Starchain’s founders include Andréa Riom, based in Paris, and Cyril Paglino, based in San Francisco. Paglino relocated to San Francisco a few years ago to build out his social messaging startup Tribe. It was in part the painful lessons learned from the failure of Tribe that propelled Paglino’s interest in blockchain and desire to build a more decentralized internet.

“We are aware that we are not really ready for the customer aspect of this space,” Paglino said. “That might be 10 or 12 years away. So we are looking for people creating that first layer of tech.”

Starchain was created last year and seeks to eventually raise up to 20 million dollars over the next 12 months. Paglino said he had been learning about blockchain almost as a hobby, and buying some cryptocurrencies as a side project for several years. Being immersed in Silicon Valley allowed to him plunge into the community of blockchain developers and learn about the technology, he said.

As an entrepreneur, he had already been doing some angel investing. His network helped him get into deals and invest alongside some prestigious names, such as Sequoia Capital, A16Z, Polychain Capital, and Bain Capital.

Those deals have evolved into Starchain, which now has investments in Orchid Lab, FOAM Protocol, Basis, and Polkadot. Paglino says he was fortunate to get access to those deals, helped by his connections to Kleiner Perkins and Sequoia Capital, both of which had invested in Tribe.

Indeed, it was Tribe’s closure in May — after it had raised $6.5 million in venture capital — that propelled Paglino to focus on investing and blockchain full-time.

Founded in 2015, Tribe began life as a Paris-based video messaging app. After raising some venture capital, Paglino decamped for San Francisco to continue building out the company.

In 2016, Tribe announced it had raised $3 million and was releasing the next version of its app, which would now offer “augmented messaging” and voice recognition that would mix video and commerce. It was an exciting moment for the team, and initial adoption was strong, but things didn’t go as planned, and Tribe failed to reach its growth metrics.

By 2017, the company was looking at various options for a pivot, and Tribe was eventually redesigned to be a kind of video game chat platform. It’s an interesting idea, perhaps, but when Tribe sent the new version to Apple’s App Store, Paglino said it was rejected on the grounds that it was a platform that allowed people to buy games.

Tribe’s had no luck changing Apple’s decision, and so it decided to close shop. Paglino said he doesn’t blame Apple for Tribe’s failure. The company had already been struggling to gain ground in a world where apps like Instagram and Snap were allowing people to share videos and messages in different ways.

At the same time, the experience confirmed to him how much power is being consolidated by a handful of large tech companies. Because it’s impossible to compete with them directly, Paglino said the best option is to reinvent the internet in a decentralized way so that no one entity can wield so much power.

“These companies are just so powerful,” he said. “That really made me decide to root for decentralized products. I need to help build the future.”