Typical compression schemes strip data away from files, and when it comes to photos, the results are often splotches, color banding, and other unpleasant artifacts. Try this experiment: Take a snapshot with your smartphone and upload it to Facebook or Twitter. Download the uploaded (and now compressed) image from the web and compare it to the original. You’ll spot the differences pretty quickly.

But there’s a way to shrink pics without compromising their quality — or so claim Migel Tisserra, the former machine learning lead at oil and gas giant Santos, and Francis Doumet, a Stanford graduate with two successful businesses under his belt. They’re the cofounders of Pixeldrive, a web-based artificially intelligent (AI) tool that cuts photos down to as little as 10 percent of their original size.

Pixeldrive — development around which kicked off eight months ago ahead of a planned launch in October — expands on research by Google and others investigating the use of neural networks in image compression.

“We set out to solve this general problem that we thought wasn’t really being addressed,” Doumet told VentureBeat in a phone interview. “Everyone is interested in this space. With the demand for bandwidth and cloud storage increasing, the more we can compress files intelligently, the better.”

To put Pixeldrive’s compression technique in context, it’s worth breaking down the difference between lossless and lossy compression. At a high level, lossless algorithms work by splitting files into bite-sized “chunks” and arranging those chunks in a highly efficient manner. Lossy algorithms get rid of data — often color information and pixels. The former respects file integrity — when the files get decompressed, they’re recreated exactly.

Photos make their way to Pixeldrive via one of two flows: an upload tool within a web-based dashboard built on Nextcloud, and integrations with third-party services like Dropbox. Plugins for Google Drive and game engine Unity are on the way, Doumet said.

“We’ve gotten a lot of requests from game developers looking to optimize their assets and textures,” he told me. “Many of them use to reduce [games’] initial install size.”

I’ve been using Pixeldrive for the past week, and it appeared to work as advertised in my tests. Most of the pics I uploaded took a second or two to process and ended up at about half the size — 47KB to 21KB in one instance; 163KB to 82KB in another; and 131KB to 67KB. (Doumet said that compression rates tend to increase as the size and resolution of the original image increases.) As far as image quality is concerned, my (admittedly untrained) eye had a tough time distinguishing between the original and compressed versions.

The results weren’t always perfect, though. Note the faded columns in the compressed image: 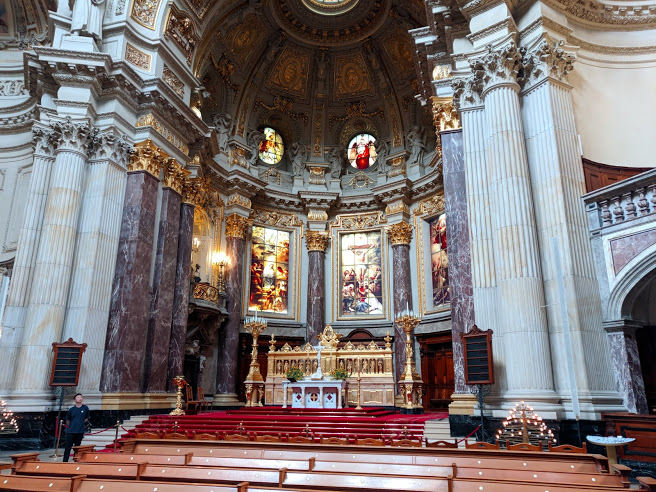 Above: The uncompressed image. 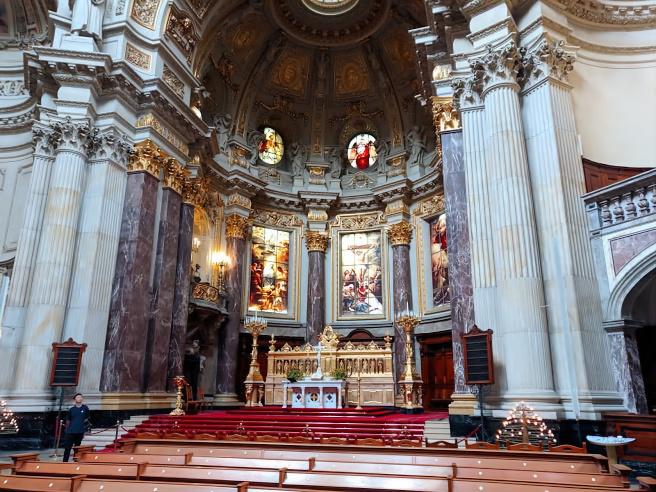 Above: An image compressed by Pixeldrive.

I stuck with Pixeldrive’s web app for the most part, which boasts a few basic sorting and filtering tools. By default, pictures appear in a list view indicating their size and the date they were uploaded. There’s built-in commenting and sharing — you can attach a note to a photo, generate a link to it, or quickly attach it to an email — and a manual tagging system to help keep things organized.

Also on tap is a profile builder with fields for social media accounts, phone numbers, and addresses. The idea is that eventually, once Pixeldrive launches publicly, users within groups — a family or a large enterprise, for example — will be able to share photos with each other via a contacts list.

A gallery view lets you view photos in a grid format, which I found handy. Other nice-to-haves include per-file version history (which shows how often a picture has been modified), a deleted photos folder, and a recent tab that surfaces pics uploaded since the last session.

Pixeldrive is strictly a web-based affair for now, but the team’s hard at work on desktop clients for Windows 10 and macOS. In the future, Tisserra and Doumet hope to decouple the platform from the Google Cloud — Pixeldrive’s current machine learning backend — and bring it to mobile devices. In fact, they said they’re already in talks with an unnamed phone manufacturer to integrate Pixeldrive’s AI into a photo-sharing app.

Above: The gallery view within Pixeldrive’s web app.

The economics won’t make sense for everyone — depending on your current storage solution, picking up a few physical hard drives might be the smarter move. But if you’re hellbent on a cloud solution, Pixeldrive might be worth a few of your hard-earned dollars.