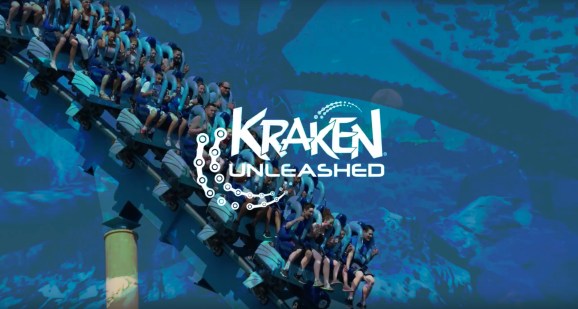 Virtual reality headsets have become popular location-based entertainment solutions over the past year or two, but there’s a key impediment to their wider use in theme parks — they dramatically slow down snaking lines of people. That’s why SeaWorld Orlando has quietly removed VR features added one year ago to its roller coaster Kraken Unleashed, effectively acknowledging complaints voiced in a prescient USA Today review last year.

Two specific issues spelled doom for the VR headsets: their need for constant pre-ride cleaning, and the time needed to adjust them on users before the coaster could roar back into action. As USA Today pointed out, despite SeaWorld’s aggressive staffing of the ride with plenty of human operators to sanitize the headsets and help guests with adjustments, people spent “many minutes” waiting for the ride to actually start.

Because it’s a group ride, users familiar with VR headsets and those who opted not to wear them would still be stuck waiting for the last stragglers to get ready. Consequently, the park estimated that the VR ride took twice as long to load and unload, cutting its capacity by 50 percent compared with its pre-VR fittings. On top of that, guests didn’t seem to love the overall VR experience, which replaced real-world visuals with a low-resolution underwater adventure, as the 2000-vintage coaster was still exciting enough on its own.

Issues like this have led some companies to redesign their VR headsets specifically for quicker access in public places. Acer’s OJO 500 was created to quickly detach its visual system from multiple headbands, enabling one user to get a headband on and adjusted while another person is finishing up using the display. Several companies are working on more easily cleaned headsets, all with the goal of turning around users more rapidly.

Improving technology will also help make the VR experience more compelling. Much higher resolution displays, improved tracking, and better graphics processors are all expected to make their way into the next generation of VR headsets. Further “experiments” like Kraken Unleashed will determine whether future headsets with those features are best paired with moving rides like roller coasters, or compelling enough to enjoy on one’s feet or sofa.