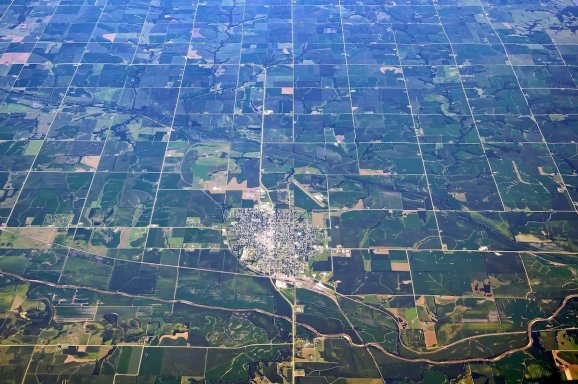 It’s an oft-cited statistic that 75 percent of venture capital in the U.S. goes to just three states: New York, California, and Massachusetts — and it has for years. If it’s going to take years to close that gap, why not offer an incentive for investors to put their money in other places?

That’s the thesis behind Opportunity Zones, a tax incentive program laid out by Congress in last year’s Tax Cuts and Jobs Act. The incentive goes to those who invest in assets that will in theory encourage job creation and new business development, like tech startups in so-called Opportunity Zones. Opportunity Zones are specific U.S. neighborhoods that have been designated as economically distressed, with high unemployment rates and large shares of low-income residents.

A key advocate for Opportunity Zones was the Economic Innovation Group, a D.C.-area think tank whose backers include tech heavyweights like Napster cofounder Sean Parker and angel investor Ron Conway.

In April, investors received the list of some 8,700 communities, spanning all 50 states, that are currently designated Opportunity Zones. But those investors are still waiting for crucial guidance from the Treasury Department on how much flexibility they have to invest and reinvest their money, which could come as early as next week.

Guidance the Treasury Department issues could be a critical factor in determining just how many of those eligible invest in Opportunity Zones. But some fund managers are already forging ahead, saying the opportunity is too great to pass up.

This isn’t the first time the federal government has tried to use tax breaks to encourage investment in specific areas, but supporters of Opportunity Zones say that part of what makes this latest iteration different is the amount of money eligible to be invested.

Investors are able to put any money obtained from recent capital gains into an Opportunity-Zone focused fund. They can then defer federal taxes on those gains until 2026, and they may be able to pay no taxes on any profits generated from the fund if the investment is held for 10 years.

The amount of money eligible to be invested will be $6.1 trillion, according to an analysis conducted by EIG. Opportunity Zone funds have to invest 90 percent of their money in active businesses in Opportunity Zones — and comply with a twice-yearly audit from the Treasury Department to ensure that they’re doing so.

There aren’t many restrictions placed on the assets that are eligible for investment — it just has to be a business that owns or leases “substantially all” of its property within an Opportunity Zone.

Startups, small businesses, real estate companies, accelerator programs, and workforce training programs are eligible. “Sin businesses,” including golf courses, liquor stores, and casinos are off-limits. If a business that receives an investment from an Opportunity Zone fund decides to move its headquarters to somewhere outside an Opportunity Zone — that business still counts as a qualified investment for that fund for five years.

The biggest risk with Opportunity Zones is that investors are going to invest in assets that won‘t actually help the community — building market-rate condos instead of affordable housing, for example.  Additionally, there’s no requirement that investors spread out their money evenly among a number of Opportunity Zones. A large amount of money could go to just a small handful of communities, causing them to rapidly gentrify.

“There’s no yellow brick road that’s been laid out [here] to equitable, inclusive growth,” Brady Meixell, a research assistant at the Urban Institute, told VentureBeat. He said that one way cities and states can encourage more equitable growth in Opportunity Zones is to offer matching incentives to those willing to invest in businesses and assets that would benefit the community more than others.

EIG cofounder Steve Glickman acknowledges that not all Opportunity Zone money may go to assets that have a measurable, positive impact on their community. But he argues that the biggest issue these communities face is that few investors take a serious look at investing in their businesses or organizations. Opportunity Zone legislation aims to be a catalyst for them to do so.

“I would argue you meet no mayor or local business [in Opportunity Zones] who says, ‘We’re concerned there’s too much capital‘. Their concern is that there’s not any capital — that no investors come there or are focused on them,” Glickman told VentureBeat.

The Tax Cuts and Jobs Act passed by Congress in December outlined the process for how states chose their Opportunity Zones, what kind of properties are eligible to be invested, and how much of a tax break investors can get.

But Congress left it up to the Treasury Department to decide how to certify Opportunity Zone funds, as well as how long funds have to reinvest capital if they decide to sell their shares in a company.

The latter is one of the bigger issues at hand — a VC or private equity firm might decide to sell its share in a company for a number of reasons, particularly if it turns out the company is a bad investment. Because 90 percent of a fund’s investments need to be in Opportunity Zone businesses, if a firm decides to sell its share in an Opportunity Zone business, that’s one less business that “counts” toward the 90 percent, and it could put the fund dangerously close to losing its Opportunity Zone certification, meaning investors wouldn’t receive the full tax incentive.

“What Treasury should do is provide clarification to the marketplace that funds can move from asset to asset — as long as they continuously deploy to communities and give investors [clarity on] the amount of time they have to reinvest,” Glickman told VentureBeat. “So if they held a company for three years [and] then sell, they’ll have X amount of time — let’s call it six months — to find a new investment.”

Last week, the Treasury Department sent its proposed rules to the Office of Management and Budget, where it goes through a 10-day review period. After that, the Treasury will release its guidelines and open up a public comment period before making any final decisions.

But not all managers are waiting for Treasury guidance to go ahead with the process of raising funds.

Access Ventures, a Louisville, Kentucky-based impact investing fund, posted a job listing last week for team members to work on its Opportunity Zone funds. Glickman — who recently announced he was leaving EIG to start a consulting firm called Develop to work with interested investors, said that he gets calls “every week,” from investors looking to raise Opportunity Zone funds.

“AWS and a lot of other tools made it much less expensive to start a business, to grow a business from anywhere,” Brack told VentureBeat in a phone interview. “With the rising cost of living in the Bay Area, I think it’s kind of a more no-brainer that more important meaningful companies will sprout up elsewhere.

He said that the fund in particular will be targeting Opportunity Zone neighborhoods in Pittsburgh, Philadelphia, Washington D.C, Baltimore, Detroit, Chicago, New York, and Los Angeles, He also cited the Midwest’s growing agtech sector, as well as Pittsburgh and Detroit’s robotics sectors, as particularly attractive.

If the first movers’ backgrounds are any indication, the VCs who are most likely to raise Opportunity Zone funds were already receptive to investing in these areas in the first place. It raises the question of just how much Opportunity Zones will do to shift capital to underserved areas. But it’s still early days in this new incentive program, and there’s certainly opportunity for more VCs to step up.