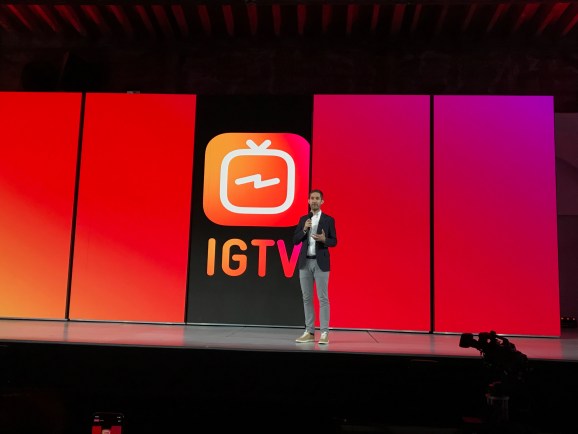 Six years is a long time for founders to stay at a company that acquired their startup. But Facebook is no ordinary company — its top executives have stayed on for years longer than the typical leadership team of a publicly traded company. And their departure came at a time when Instagram is being lauded as the saving grace during an extended year of bad PR for Facebook.

“With all the challenges to the core Facebook app, it’s going to be critical that they [Facebook] continue to protect the vision of Instagram and not allow it to be tainted by all the core distrust that currently exists with the core Facebook app and the company overall,” Jason Kint, the CEO of publishing trade organization Digital Content Next, told VentureBeat in a phone interview

Wall Street does not seem thrilled as Facebook shares dropped the morning after the news broke. It’s too early to tell what this leadership change will mean for the Instagram app, which recently hit 1 billion monthly active users. However, here are three things to keep an eye on based on some of the most recent product changes, changes in the social media landscape, and commentary from Facebook leadership over where the two apps are headed.

One reported source of tension between Facebook CEO Mark Zuckerberg and the Instagram cofounders was Zuckerberg’s desire to encourage more cross-posting between Facebook and Instagram. TechCrunch reported that Facebook was in the process of adding a shortcut to Instagram to its bookmarks menu, before removing it earlier this year. And Bloomberg has reported that some Instagram users have started receiving notifications when their friends share photos on the Facebook main app. With Systrom and Krieger gone, and likely to be replaced by a longtime Facebook executive, the path to encouraging cross-pollination just got easier.

There’s a few reasons why Facebook will likely be keen to do so. The number of active users in North America — where the average revenue per user is higher than in the rest of the world — has remained flat on the Facebook main app, while it’s grown on Instagram. Additionally, Instagram’s user base skews younger than Facebook’s, so getting those teen Instagram users cross-posting on Facebook is critical to building a customer base that will stick with both apps as they get older.

Zuckerberg has stated that he believes more users will share content in ephemeral Stories — first pioneered on Snapchat, then copied on Instagram — instead of on their traditional feeds in the coming years. And Instagram Stories so far is proving more promising, as it has more daily active users than Facebook’s stories.

“One of the interesting opportunities and challenges over the coming years will be making sure that ads are as good in Stories as they are in feeds,” Zuckerberg said during Facebook’s first quarter earnings call. “If we don’t do this well, then as more sharing shifts to Stories, that could hurt our business … we’re leading the way here with Instagram, and the results so far are promising — both on product quality and business performance.”

In sum: There are fewer businesses advertising on Facebook than Instagram, but Instagram is seeing more user engagement with the ad format that Facebook believes is most promising. So there’s a huge opportunity for Facebook to simply convert more advertisers over to Instagram — so long as they prove to advertisers that Stories are actually a good ad format. Expect Facebook to get more aggressive in doing so with Systrom and Krieger, who have a reputation as product-first leaders, now gone.

Increased experimentation with the algorithms that power Instagram’s feed

For Instagram users clamoring for the app to bring back a chronological feed, those chances may have decreased with Systrom and Krieger’s departure.

It looks like the new head of Instagram might be Adam Mosseri, previously in charge of Facebook’s News Feed, who became Instagram’s head of product this year. Mosseri was previously one of the people in charge of Facebook’s big News Feed redesign earlier this year that prioritized showing content from family and friends instead of publishers, and punished content that explicitly tried to game the News Feed by asking for comments.

Instagram’s News Feed faces different challenges than Facebook’s. Fake news is still a problem, but less rampant on Instagram simply given that the platform has fewer users. Bullying, however, is a growing issue, one that’s particularly worrisome given Instagram’s younger audience. Last year, the company added a filter that users could add to hide offensive comments, and a filter this year that purports to hide comments that “attack a person’s well-being or health.”

At a time when Facebook is being increasingly viewed by its own users as a breeding ground for toxic discourse, Instagram could be an important testing ground to determine what it takes to build and maintain a News Feed that promotes healthier conversations.