A recently announced partnership between Avnet and Not Impossible Labs has yielded a new type of wearable — a “Vibrotextile” vest with wrist and ankle bands that pulse in sync with live musical performances, enabling wearers to feel the music. The new wearables publicly debuted in a bundle the companies are calling Music: Not Impossible, designed specifically to give both deaf and hearing concertgoers a way to enjoy music via vibrations that are felt throughout the body.

Music: Not Impossible is particularly interesting from an engineering standpoint, as it requires that multiple wearables sync both with each other and with a live performance. Rather than all pulsing simultaneously with every beat, the wrist, ankle, and chest wearables separately vibrate in sync with individual instruments, creating different sensations across the wearer’s body.

Despite operating wirelessly across multiple wearers and components, the system offers “zero-latency vibrations,” the companies claim, though users have control over the intensity level. By choosing to emphasize certain instruments at various times, performers can create specific physical sensations in audience members, a potentially interesting new twist for musicians.

The companies publicly demonstrated Music: Not Impossible at a Las Vegas concert by Greta Van Fleet this weekend, celebrating both this week’s International Week of the Deaf and September’s National Deaf Awareness Month. They expect that the wearables will increase the inclusiveness of live music experiences, though it’s easy to imagine a future where users can enjoy the sensations at home as well. 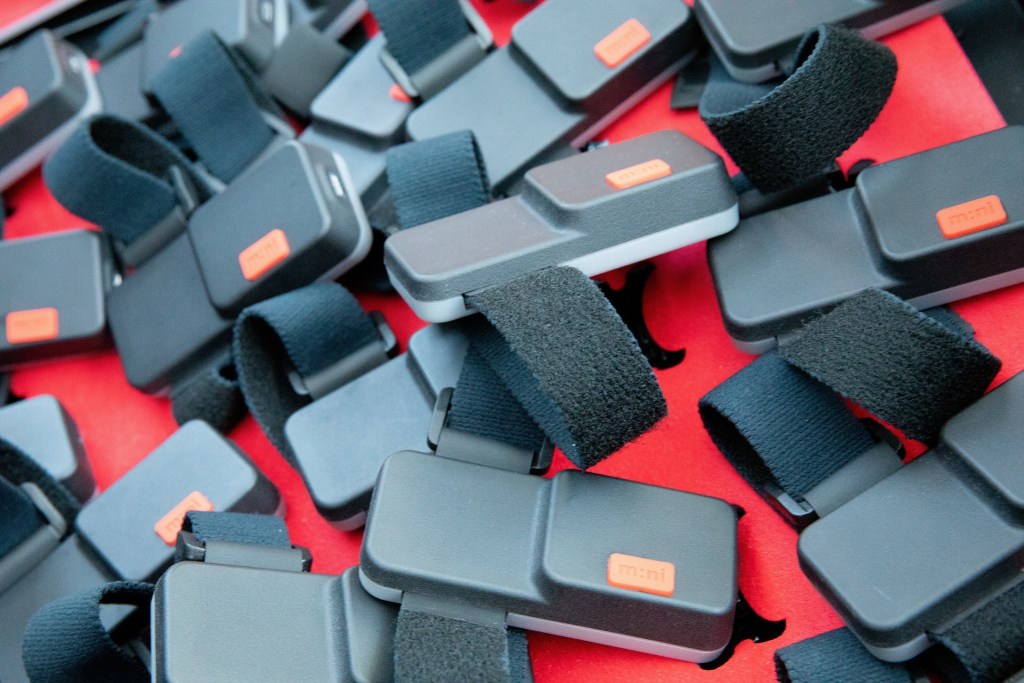 One challenge the companies may face is miniaturizing the hardware into a mass-market form factor. The initial devices use watch-sized bands with oversized plastic vibration housings, and the “vests” hold similar vibrating mechanisms inside straps that wrap around one’s back and stomach. They’re substantially smaller than full-torso audio-to-vibration devices that were on the market decades ago and full-body vibration suits that have been shown for VR applications, but they still need enough surface area to make a real impression on users.

Pricing and wider plans for Music: Not Impossible’s availability have not yet been announced, but the Vibrotextile technology is expected to be used in other contexts. “This is the first of several new innovations that we are excited to help Not Impossible Labs bring to life,” said Avnet CEO Bill Amelio. “We’re now working with Not Impossible on additional Vibrotextile products, extending beyond entertainment to therapy, communication and safety that will improve the lives of many.”