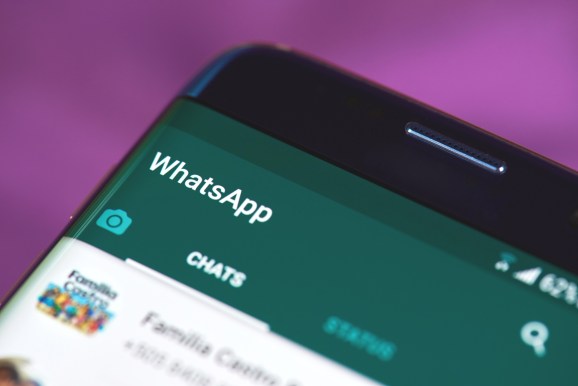 WhatsApp cofounder Brian Acton has called himself a “sellout” for allowing Facebook to buy his company, adding that selling WhatsApp users’ privacy “to a larger benefit” is a decision he has to live with every day.

The frank admission comes in an interview with Forbes, which outlines in some detail how Acton’s company came to be acquired by Facebook and the battle that ensued over Facebook’s push to monetize its prized asset.

Acton and WhatsApp cofounder Jan Koum originally met while working at Yahoo in the 1990s, and the two went on to launch WhatsApp together in 2009. The company largely made money through charging a small annual subscription, but after Facebook snapped WhatsApp up for $22 billion in 2014, the annual fee was removed altogether, leaving many to wonder how Facebook planned to make money from the app.

While both Acton and Koum were averse to advertising, Facebook’s primary business model is based on ads, so it should perhaps have come as little surprise when WhatsApp‘s new owner began pushing for ways to monetize the app through advertising. The in-fighting came to a head last year when Acton walked out of Facebook, leaving behind around $850 million worth of unvested stock. Earlier this year, Koum revealed he was also planning to leave the company, though he has still been turning up for work intermittently to ensure he receives the remainder of his Facebook payout.

Both Acton and Koum have remained largely quiet about the exact nature of their feelings toward Facebook, though it has been fairly obvious where their emotions lie. Earlier this year, Acton invested $50 million in encrypted messaging app Signal while also helping set up the Signal Foundation, where he will serve as executive chair. A month later, following the Facebook and Cambridge Analytica scandal, Acton tweeted that it was time to delete Facebook.

It is time. #deletefacebook

A couple of years ago, Facebook revealed plans to enable WhatsApp to share user data, such as phone numbers, with Facebook. In August, WhatsApp announced the launch of its Business API, which allows large companies to manage and send non-promotional messages to customers through WhatsApp for a fixed rate. Next year, WhatsApp plans to start showing ads within the Status section of the app, which will of course be powered by Facebook’s advertising smarts.

Acton and Koum never wanted WhatsApp to become an ad-serving platform, but it’s not entirely clear how they envisaged Facebook — a company that makes most of its money from advertising — would make back the $22 billion it doled out for their company.

“At the end of the day, I sold my company,” Acton told Forbes. “I sold my users’ privacy to a larger benefit. I made a choice and a compromise. And I live with that every day.”

Elsewhere in the interview, Acton added: “I am a sellout. I acknowledge that.”

These latest revelations come just days after Instagram founders Kevin Systrom and Mike Krieger revealed they too are leaving Facebook amid rumors of clashes with Facebook CEO Mark Zuckerberg.

It seems Facebook is trying to diminish any lingering autonomy that existed at its two billion-dollar acquisitions, as evidenced by these four high-profile departures in the past 12 months.

Clearly Acton harbors regret, a sentiment Koum may well share, but it’s too late for that now.