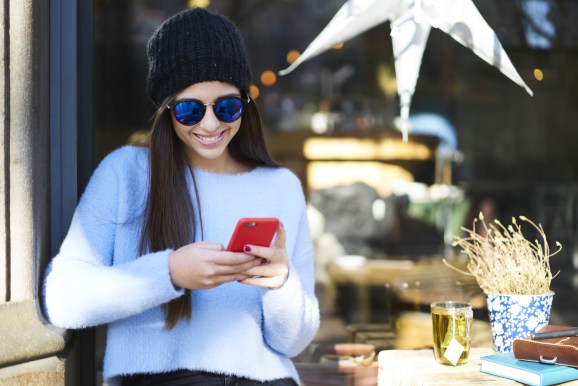 It started out as a way to pay friends back for small loans or split restaurant bills. But Venmo has come of age, according to a study of over 10 million payments.

A social spending technology that distributes advertising revenue back to data-providing consumers, Rubiix has unveiled new data collected from its thriving millennial community. This data paints a detailed picture of the demographic‘s spending habits and highlights brands preferred by millennials — who frequently make headlines for “killing” brands.

The most surprising result of this study? It’s not the volume of Venmo payments, but the size of the transaction that matters.

“It’s not surprising that Venmo is now outpacing ATMs in terms of volume of transactions, because cash is certainly less convenient,” Rubiix CEO and cofounder Oren Berdichevsky told me. “But the fact that the average Venmo payment was almost exactly on par with the average ATM withdrawal was fascinating. This shows that Venmo has gone from a fun ‘pay me back’ app to a serious tool for transacting and shows a definitive trend toward a cashless economy.”

For example, ride-sharing apps like Lyft and Uber are used 22 times more frequently than regular taxis, 7 times more regularly than public transportation, and 35 times more than car rentals, with the average price of a ride being $10.89.

Technology is even overtaking general health care. Millennials spend an average of $301.08 each time they step into an Apple Store, which they do 10 percent more often than visit a doctor’s office.

The report also sheds light on how technology might be contributing to a less healthy lifestyle. While millennials visit Whole Foods over Trader Joe’s, they also order a lot of pizza, predominantly from Dominos, Pizza Hut, and Papa John’s.

“Whole Foods and pizza companies are both ‘lifestyle brands’ when it comes to millennials,” Rubiix cofounder Michael Lachar told me. “For supermarkets, Whole Foods is seen as a glamour brand (like Starbucks is for coffee) and is frequented more than Trader Joe’s. Less money is spent there, despite the higher prices, however — meaning people likely shop there just to say they do. Likewise, pizza has taken on a certain glamour status within the millennial population, and while cheap, it’s probably also not a cost-driven decision. Rather, it conforms to the persona most closely associated with the millennial generation.”

So technology is helping us become better versions of ourselves but it is also making less-healthy habits more accessible. That trend will continue, thanks to the ease of apps like Venmo.

“We’re seeing a definite trend toward relying on technology as the great facilitator,” investor and Rubiix founding partner Ronnie Hershman told me. “For young people, in particular, the old ways of transacting are becoming less and less appealing. Looking at the frequency of overdraft fees, and then the continued decline of ATM transactions in favor of Venmo, it’s not hard to see where this is going. Traditional ways of moving money and interacting financially are being rapidly replaced. This is the dominant effect and transformative power of technology in every aspect of our lives.”

To gather data for the report, the company analyzed 10 million recent debit and credit card transactions shared by millennials in the United States. Rubiix users opt to share their spending data anonymously and, in return, receive a share of the advertising revenue from brands based on their relevance to digital media campaigns.

Rubiix is currently available in the U.S. and will launch globally in 2019. Rubiix’s TGE will follow as the technology becomes further enabled by blockchain, and Rubiix aims to build its protocol on top of its brand-to-consumer smart contracts.