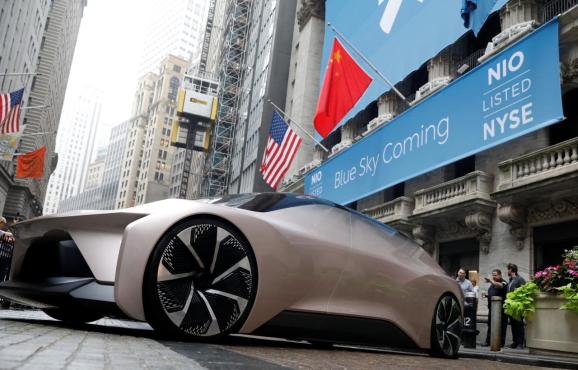 China’s growing prowess across a wide range of tech sectors has triggered a love affair between Wall Street and the country’s startups. Through the first three quarters of 2018, Chinese companies have far outpaced their U.S. counterparts when it comes to IPOs on U.S. stock exchanges.

That trend continued in the third quarter, when 10 Chinese tech companies had initial public offerings of stock compared to 4 based in the U.S., according to Renaissance Capital’s IPO report.

Overall, that fueled a solid quarter for tech IPOs. Those 14 tech IPOs raised a total of $4 billion, about 5 times more than tech IPOs for the same period one year ago.

In the U.S., the IPO march was led by Eventbrite and SurveyMonkey, which both posted strong debuts. But they were overshadowed as a group by companies from China.

According to Renaissance, the 10 Chinese IPOs represent the largest number seen in U.S. markets since the second quarter of 2014.

The Chinese cohort was led by ecommerce app Pinduoduo, which raised $1.6 billion, and included electric and autonomous car startup Nio.

Altogether, there have been a total of 23 Chinese IPOs in the first nine months of this year, a number that tops all full-year totals going back to 2010.

With several more Chinese IPOs in the pipeline for Q4, Renaissance said it expects that country to come out far ahead for the year, even as U.S. companies are expected to pick up the pace this quarter.