Until today, Apple had held back one of iOS 12’s lesser-known new features, support for contactless student ID cards. Now Duke University, the University of Alabama, and the University of Oklahoma are the first three schools to roll out the feature, which moves iPhones and Apple Watches another step forward as physical wallet replacements.

The new feature enables students to add student ID cards to the iPhone’s Wallet app that then can be evoked for anything the card would normally be used to do: gaining access to dorms, gyms, or school libraries, as well as making payments for books, food, and laundry services. Anywhere a card would normally be accepted, the digital version works as well.

Apple says ID cards can be set on “Express Mode” to provide the “quickest entry possible to buildings around campus.” The company has indicated that Express Mode allows one card to be used without any form of authentication — Face ID, Touch ID, or a passcode — by just double-clicking on the device’s Wallet activation button. 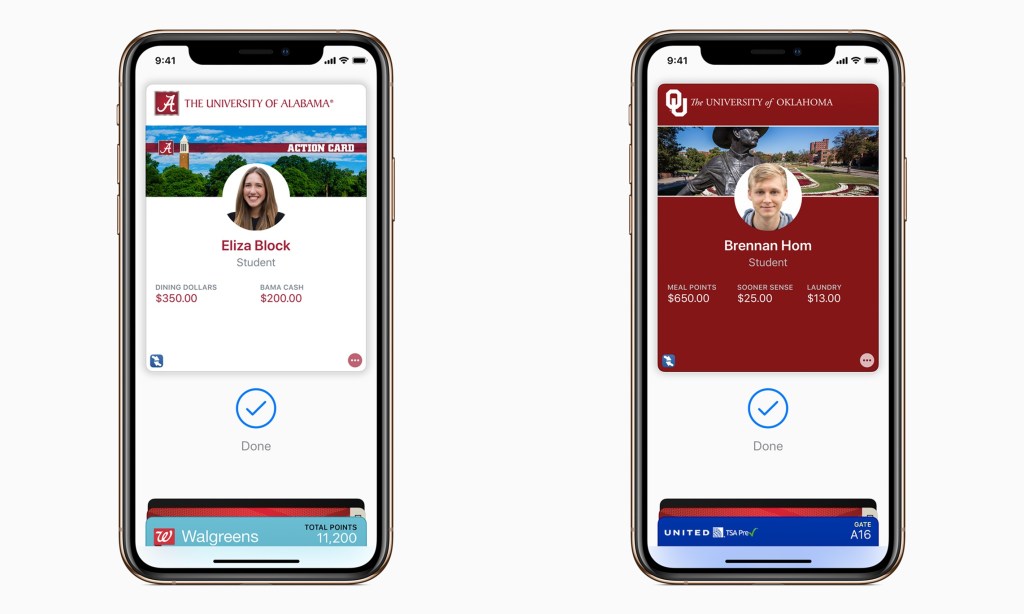 Interestingly, the release of the latest iPhone XS models included a small print technical change that might matter to some users of this feature. While the iPhone X features support for “Express Cards,” the iPhone XS and XS Max support “Express Cards with Power Reserve.”

Apple hasn’t particularly emphasized this difference, but it enables the latest devices to hold enough spare power to allow NFC use of one Wallet card even when the phone is otherwise depleted. This could be a real benefit when, say, you’ve been out all night with your phone and need to get back into your dorm.

“When we launched Apple Pay, we embarked on a goal to replace the physical wallet,” said Apple VP Jennifer Bailey. “By adding transit, loyalty cards, and contactless ticketing, we have expanded the capabilities of Wallet beyond payments, and we’re now thrilled to be working with campuses on adding contactless student ID cards to bring customers even more easy, convenient, and secure experiences.”

In addition to the schools launching today, Johns Hopkins University, Santa Clara University, and Temple University are promising to add iOS 12 Wallet support by the end of this school year. The “digital student ID cards” feature was first mentioned at WWDC in June.

Updated at 8:13 a.m. Pacific: Shortly after Apple’s announcement this morning, Blackboard officially confirmed that it is the first solution provider to offer campus credential support for Apple Wallet. The company was previously rumored in higher education circles to be a key Apple partner in the digital student ID initiative, responsible for coordinating university-side security and point-of-sale systems.

Apart from previously known details, the company notes that schools can remotely issue iOS 12- and watchOS 5-compatible credentials over the air to users, and that an increasing number of security solution providers (such as NFC door lock companies) are signing up to add Wallet support. Blackboard’s goal is to facilitate the use of mobile credentials all across campuses.