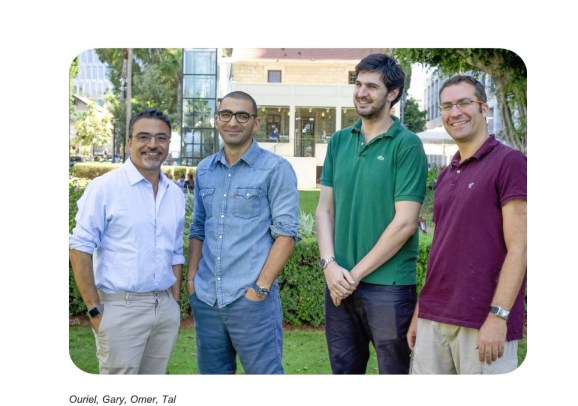 It seems like the company is entering a very crowded market for the digital wallets that let people buy and sell cryptocurrencies. But KZen’s founders say there is no great solution that gives peace of mind to users. After all, people are storing a lot of money in these wallets, and crypto wallets will be central to the crypto economy. And so far, thieves have stolen an estimated $1.1 billion in cryptocurrency in 2018.

“To be able to use a crypto wallet you either need a good dose of Xanax or a master’s degree in computer science or both, unless you want to depend on a central entity, which is even worse as the news [reminds] us weekly,” the company said in its announcement. “We wanted for ourselves and for the world something that did not feel like a pre-AOL experience, that was incredibly superior in terms of security and simple to use. We wanted a solution that brings peace of mind and that did not force the user into compromising between convenience and security which is, unfortunately, the current state of affairs.”

The company focused on creating a “beautiful user experience” with a new security paradigm and cutting-edge cryptography. It aimed to find a new way to generate and manage private keys that would significantly reduce and even fix the problems of security breaches and human error.

The company considered the option of an initial coin offering (ICO) and quickly discarded it because it did not make any sense. So it found investors that agreed with its approach and vision. The company believes its mission is timely, since hackers are making off with users’ cryptocurrency money on a regular basis.

Robert Cohen from Benson Oak Ventures will join Kzen’s board. The founders self-funded the startup for 18 months. A private beta will be available in the coming weeks.

The founders include Ouriel Ohayon, CEO, a longtime entrepreneur/investor. He was cofounder of leading French venture firm ISAI, former general manager of the LightSpeed Gemini Internet Lab (a joint venture between Gemini Israel and LightSpeed Ventures), founder of TechCrunch France (sold to AOL), and founder of Appsfire (sold to Madvertise).

Among the other cofounders, Gary Benattar is head of engineering. Omer Shlomovits is head of R&D, and Tal Be’ery serves as a cybersecurity researcher. The company has eight employees.