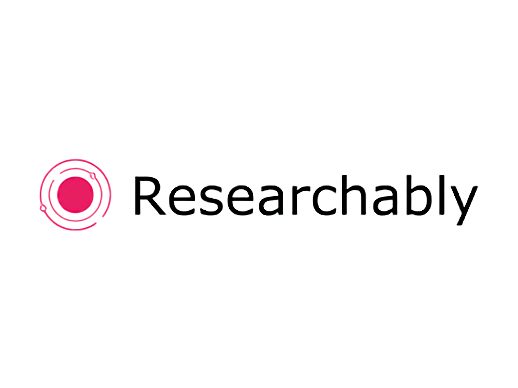 Medical papers’ verbiage makes them difficult to digest quickly. In fact, according to a recent study, they’ve become demonstrably more difficult to read over the past century, thanks to a rise in science-specific jargon. The authors concluded that about one-fifth of texts were “beyond the grasp” of even people who had studied English for 17 years.

That’s why Maciej Szpakowski, a graduate in acoustical engineering and computer science from the University of Southampton, founded Researchably (previously FuseMind), a startup that employs artificial intelligence (AI) — specifically natural language processing — to parse and extract key information from research papers. It’s focused squarely on the domain of life science and was selected this year by the University of California Berkeley’s SkyDeck accelerator.

“Biomedical research communicated in published literature underpins the pharma industry. Our AI platform makes the entire process of research review exponentially more efficient,” he said. “The improvement at Sanofi is remarkable. Our platform is freeing up that time.”

The company’s AI first categorizes papers at a high level, determining whether they’re observational or experimental in nature. It then susses out the meaning of the literature by searching for synonyms, expanded acronyms, and relationships between keywords. Finally, based on factors including individual researchers’ specialties and expressed interests, it autonomously decides whether to pass the research along.

To date, Researchably has built a specialized database of 30 million papers, 340,000 clinical trial records, 750,000 patents, and tens of millions of company and researcher profiles. It claims it’s able to cut the amount of time spent scanning a paper from 13 minutes to less than a second and that, moreover, it’s able to spot errors human reviewers sometimes miss.

“Typically, there are three of 10 papers incorrectly categorized, which means important information is not being funneled to the right people who need it,” he said. “Researchably practically eliminates those [oversights].”

Of course, it isn’t the only one setting AI loose on academic journals.

Berlin-based Iris.ai uses URLs and descriptions of specific questions to return a map of matching documents grouped by topic. The Allen Institute for Artificial Intelligence’s Semantic Scholar, meanwhile, can not only highlight key findings in publicly available research from across the web but also identify which are the most influential or controversial.

Yet other examples of paper-parsing AI include IBM’s Watson platform, which in 2014 sourced findings from 100,000 papers to successfully predict the interactions of a tumor-suppressing protein, and DARPA’s Big Mechanism, a $45 million program aimed at developing software that can read cancer research papers and integrate them into a single model.

But Szpakowski maintains that Researchably is one of the first to make market inroads. In a show of confidence in the tech, French firm Sanofi and other unnamed pharmaceutical companies agreed to pilot the startup’s tech.

“Working with Researchably is looking into the future of the pharmaceutical industry. Reviewing scientific information is fundamental to everything we do, and they are disrupting how that happens, making it much faster, far simpler, and much more accurate,” said a Sanofi communications lead involved with the pilot.

Researchably raised $100,000 in funding in June, after completing a year in the University of Southampton’s Future Worlds accelerator.