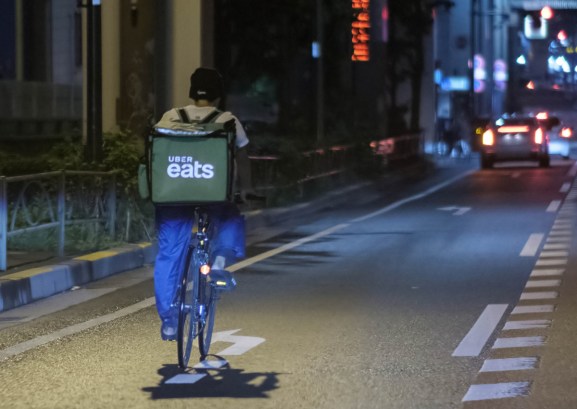 Food delivery has become a $100 billion-plus market. Uber Eats is the fastest growing U.S. meal delivery service, posting a $6 billion bookings run rate within just four years of getting started, according to Uber CEO Dara Khosrowshahi. In 15 major U.S. cities, Eats has surpassed GrubHub, previously the unchallenged delivery leader. Why isn’t anyone talking about it?

It shouldn’t come as a shock: The company’s growth is spearheaded by brand recognition, a loyal customer base, and a full-throttle focus on the advantages of machine learning and artificial intelligence across their entire business. At VentureBeat’s Transform 2018, Uber director of product Jairam Ranganathan noted that on the order of more than a billion dollars a quarter of gross sales are brought in by AI that wouldn’t have otherwise been posted. (Uber Eat’s Head of Data Science, Chen Peng, will be one the notable speakers at VB Summit, October 22-23 in Mill Valley, CA).

The company was built around data from the ground up, with centralized storage and access across the business. Uber and Uber Eats are both sharing that massive data lake, allowing both teams to access the entirety of the Uber context. And because Uber has invested heavily in its marketplace already, drawing on insights from ten years of data, Eats is building off the firmly established infrastructure of the transportation side of the business.

And it’s really, really really good at optimizing who to send where to pick up things –  whether it’s food or people. It’s already tackled many of the most familiar delivery marketplace problems around finding someone to pick you (or your food) up and deliver faster than any other service, which is core to delivery business success and growth.

There’s a lot of science in estimating time to delivery, and Uber Eats is focused on getting that right, ensuring that ETAs are much lower than other services. It’s a multiple-step process, powered by machine learning applications untangling several data points: a restaurant’s load at any time; how long it generally takes to cook up a given order; dovetailing done-time and pick-up time in a satisfyingly efficient way, all requiring no illegal parking or wait times that mean the food arrives lukewarm.

Machine learning is also fundamental to decisions behind choosing which restaurants to onboard into their system, examining data around demographic information to determine which areas require better coverage and which restaurants are going to best serve the area, and make Uber Eats look good.

At its heart, Uber Eats is an ecommerce business, so it’s also focused on optimizing AI-powered recommendation engines for its app to ensure customers don’t have to scan too far and lose a lot of patience looking for the kind of food they’re after. The company has also invested heavily on image recognition, which expedites the process of things like onboarding new restaurants by getting menus uploaded fast.

Uber Eats also has the ability to cross over with the transportation side of the business – drivers who don’t have a fare can swing by a restaurant to grab a delivery order and drop it off, eliminating downtime in their schedules and maximizing the efficiency of their drivers. Delivery times get that much faster, drivers make more money, and a self-sustaining loop is established, making the business that much more successful and driving up customer satisfaction.

The company has also made huge investments in developing multi-modal environments, using models to assess how a new transportation modality might intersect with city transportation patterns and delivery times. The acquisition of companies like Jump and partnerships with Getaround adds scooters and bikes to the delivery equation, and fills in the cracks around car availability.

At the end of the day, Uber is a marketplace business. The core of the business, its fundamental raison d’etre, is matchmaking between customers and drivers. AI is that function’s beating heart, and the one of the major forces behind the company’s success on both sides of the business. It’s like the air they breathe, Ranganathan said at Transform – they might not have hard numbers around the overall impact of AI on the company’s performance, but they can tell you for sure that it’s something that they don’t think about anymore – pretty much the same way you wouldn’t think about what the impact of a computer is on your business.