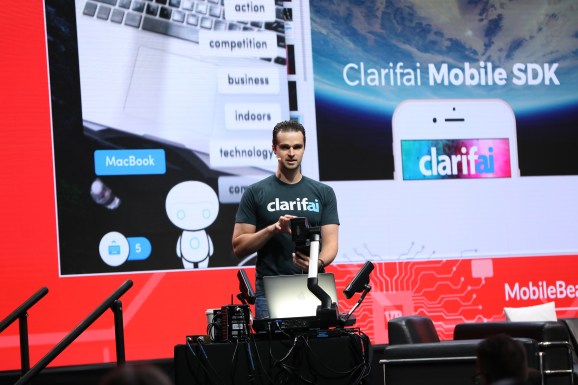 Computer vision company Clarifai today announced the release of General Model 1.5, which promises better accuracy for generic use of photo analysis powered by AI. The AI is used for a series of use cases ranging from social media and consumer photo understanding to content moderation.

Clarifai launched in 2013 prior to founder and CEO Matt Zeiler being named winner of the ImageNet contest, and General Model is Clarifai’s oldest product. In 2015, Clarifai expanded to video analysis, and the Clarifai Mobile SDK made its debut in 2017.

The latest General Model can recognize up to 11,000 concepts from object detection, as well as things like mood or theme. The previous version 1.3 could also identify 11,000 concepts, but 1.5 improves its accuracy by using machine-labeled items for training the algorithm instead of human-labeled images, a technique that helps correct for human error. The new method has led to a 34 percent reduction in errors, a company spokesperson told VentureBeat in an email.

Improvements to General Model will carry over to provide better custom-trained models for customers as well as better performance for Clarifai’s pre-trained models visual search and predict models as well as others built for tasks like facial detection or celebrity recognition.

“It also will help people be able to build custom models on our platform and do visual searches better on our platform because the General Model is kind of the underpinnings of all that technology, and so this really isn’t just prebuilt concepts that’s off the shelf and ready to go, but it also improves the accuracy of those other tools that we have on our platform,” Zeiler said in a phone interview with VentureBeat.

The release of 1.5 follows the recent conversion of several Clarifai models to general availability and follows news earlier this year that Clarifai joined companies such as Google in accepting Department of Defense contracts to lend their computer vision knowledge to Project Maven.