Satellite broadcasting company Dish Network has largely stood on the sidelines as cellular and cable companies have started building out 5G networks, but that could change — assuming that Dish chairman Charlie Ergen isn’t bluffing. According to Deutsche Bank Research analysts (via FierceWireless), Ergen is now suggesting a $10 billion 5G network buildout is its “Plan A,” with the sale of its existing 5G spectrum as “Plan B,” apparently switching its prior priorities.

Dish’s 5G plans have remained ambiguous, and the subject of some speculation due to its accumulation of radio spectrum that could be used for 5G services. Through various deals, Dish has come to hold nearly 100MHz of low- and mid-band spectrum across the United States, notably including “Band 66” spectrum in the 1.7GHz to 2.1GHz range. The spectrum’s estimated value is around $30 billion, since it includes enough bandwidth to deliver modern high-speed cellular service, and could easily either enable an existing carrier to bulk up its portfolio or a new carrier to quickly enter the market.

One key problem for Dish’s Plan A is cashflow. The company’s revenues have continued to decline, such that it made $14.391 billion in revenues across 2017, only $1.568 billion of which was operating income. Dish would need $10 billion to build 50,000 new cell sites, which would position it roughly at the same level as troubled carrier Sprint (just under 50,000 sites), below healthier T-Mobile and Verizon (60,000 each), and well below AT&T (around 70,000).

It’s easy for the company to talk about committing $10 billion to build a new 5G network from scratch. And the claim that it’s taking small steps towards that plan could help Dish keep the currently unused spectrum from being lost, a very real risk under FCC rules. But given Dish’s history, actually raising those dollars to become at best a fourth-place 5G competitor might not be so simple.

Dish was an early pioneer in high-definition TV service, releasing the first HDTV tuner in January 1999, and becoming the first satellite provider to offer local U.S. channels in all 50 states. But as cable and cellular services continued to improve, expanding to offer everything from telephone and television to internet access, satellite broadcasting — and Dish — were effectively relegated to niche status. Thanks to both competition and ongoing battles with various TV providers, Dish’s customer base has continued to decline, recently falling below 13 million TV subscribers.

As a result, the question of whether to build a 5G network or sell its spectrum is quite possibly existential for Dish. Selling its spectrum could net the company billions of dollars and enable it to wind down, sell its existing customers, or pursue some other strategy to grow its satellite business. Building a 5G network could plunge it into debt and force it to compete against better-prepared rivals, but also give it an opportunity to survive in what appears to be a post-satellite world.

Earlier this year, Dish said that it would invest somewhere between $500 million and $1 billion through 2020 to build a basic internet of things support network before decisively plunging into 5G waters. The company hasn’t provided a timeline for an acceleration of that strategy. That suggests Dish may just be biding its time holding out for an acquisition, but as 2020 no longer looks far away, the clock is ticking — and unless a big competitor is willing to pony up tens of billions of dollars for non-millimeter wave spectrum, Dish’s Plan A might become the only option. 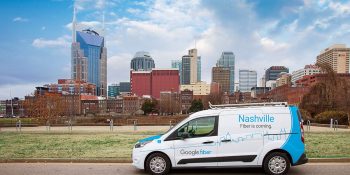 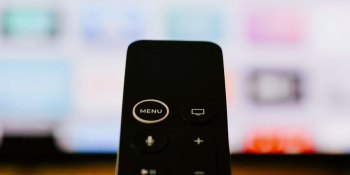