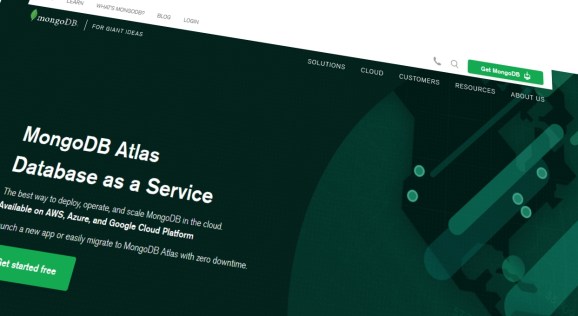 Founded in 2007, MongoDB employs most of the developers behind the MongoDB database, and monetizes through providing commercial support and a range of related products, such as advanced security, an encrypted storage engine, and commercial licensing that is offered as part of the MongoDB Enterprise subscription. Back in 2016, MongoDB also launched Atlas, a database-as-a-service product available on major public cloud platforms including Google Cloud, Amazon Web Services (AWS), and Microsoft Azure.

MongoDB had raised north of $300 million from big-name investors before it went public on the Nasdaq last year, and its shares are currently sitting at more than three times its $24 IPO price.

Founded in 2011, MLab is a cloud infrastructure company that already specializes in providing a “database-as-a-service” for MongoDB, so this transaction makes a great deal of sense for MongoDB. Indeed, MLab will effectively be used to turbo charge Atlas.

“Atlas has seen tremendous momentum in its first two years since launch, growing over 400 percent year over year in the second quarter of this year,” noted MongoDV president and CEO Dev Ittycheria, in a press release. “This reflects the popularity of MongoDB in the public cloud and the desire by many customers to consume MongoDB as a service. The MLab acquisition will give us the ability to scale Atlas even faster.”

MLab represents MongoDB’s second known acquisition, after it bought database storage engine startup WiredTiger in 2014. The deal is expected to close before the end of January 2019, which is MongoDB’s fourth fiscal quarter.