Microsoft has been working on a next-generation version of its HoloLens augmented reality system for some time, and it may or may not* have been revealed by NASA’s Jet Propulsion Laboratory. A new YouTube video titled OnSight: Virtual Visit to Mars shows multiple researchers using collaborative AR software “developed by NASA JPL for the Microsoft HoloLens,” switching between people who appear to be using two different models of the headset.

Recent reports suggest that HoloLens 2 is being redesigned to be more affordable, comfortable, and immersive than the original HoloLens; the headset shown in the video shows a simpler, single frame wrapping horizontally around the user’s head, without a vertical support, and a different shape for the front clear plastic visor.

At a glance, the headset looks to be an iterative step forward for HoloLens, and shares much of the original’s design language. What appear to be swirled metal bolts can now be seen on both the side and back of the frame. One likely adjusts the tightness of the frame on the user’s head, while the other might enable adjustments of the AR display relative to the user’s eyes. 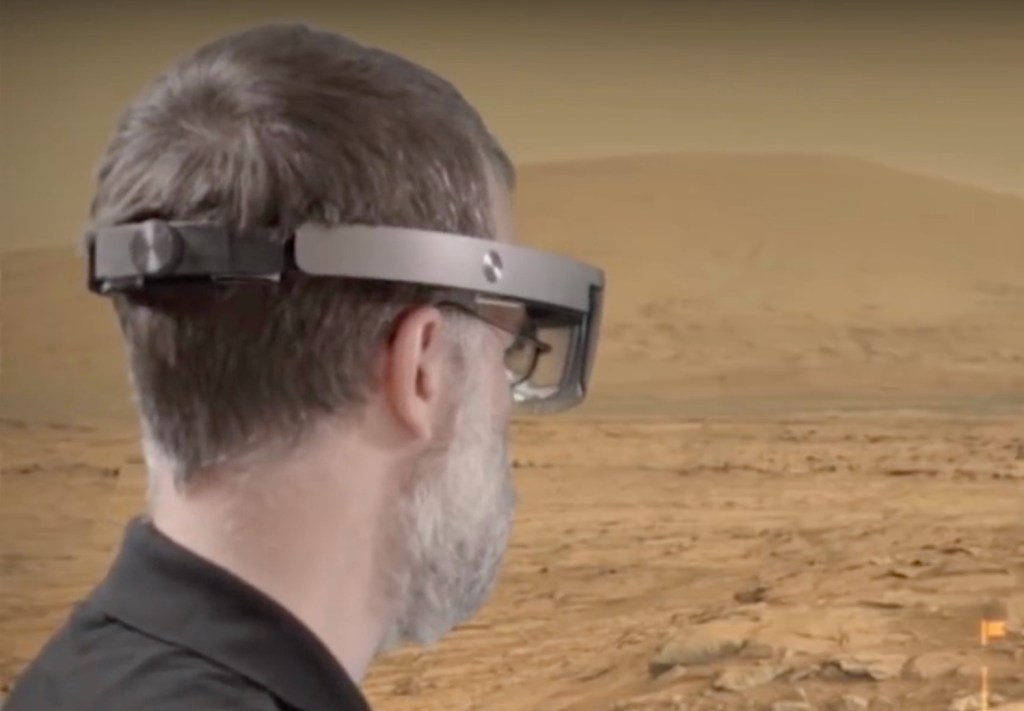 Above: A NASA video appears to show a prototype version of Microsoft’s HoloLens.

As Microsoft and NASA have been collaborating on various initiatives for years, including HoloLens, there are other possibilities. As noted by Skarred Ghost, it’s possible that the headset shown in the video is either a custom model made specifically for NASA, or the prototype next-generation HoloLens that Microsoft reportedly abandoned in favor of a bigger step forward. In any case, we’ve reached out to both Microsoft and NASA for comment, and will update this article if and when we hear back.

HoloLens 2 is expected to follow its predecessor in containing everything from its own computer to motion tracking hardware. As before, it will use a small integrated display to overlap a 3D window atop the real world, letting you place and interact with digital objects in a frame. The new model’s display is expected to provide a larger field of view than the small augmented area available on the original HoloLens. 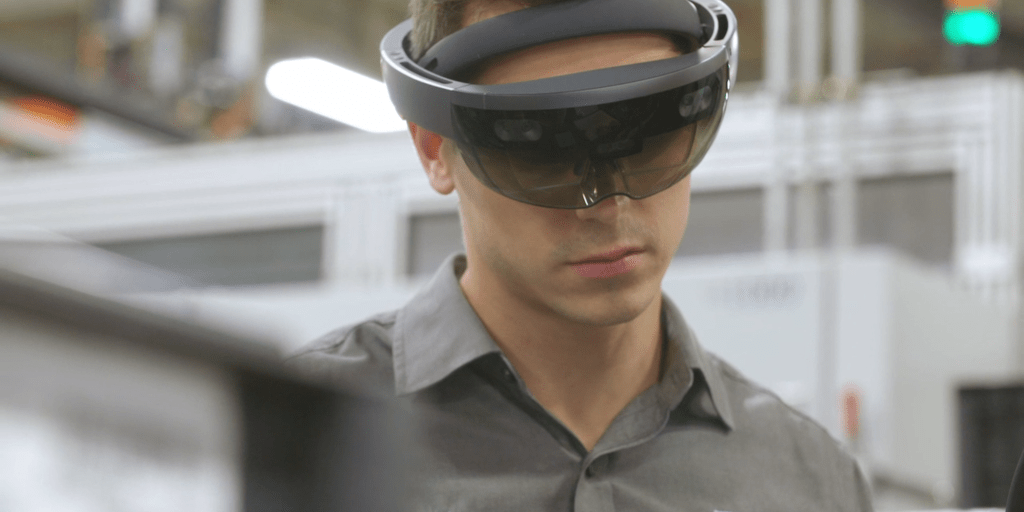 Above: The original, current-generation HoloLens.

Rumors have suggested the headset will be based on Qualcomm’s Snapdragon XR1, a new chipset that was engineered specifically to offer high performance for AR/VR devices, though at a lower price point than the Snapdragon 845. The XR1 includes head-tracking and smartphone-caliber AR processing hardware, as well as support for high-resolution displays and 3D audio.

Released in 2016, the original HoloLens carries a $3,000 starting price and has seen only limited uptake from customers, almost exclusively within enterprise settings. Microsoft said that it was on a multi-year journey to becoming an actual consumer product, and has been working on two sequels, one of which was reportedly scrapped in favor of this version, previously codenamed Sydney. HoloLens 2 is expected to be officially announced in January 2019, perhaps at CES.

Updated October 11 at 9:53 a.m. Pacific: As flagged by RoadtoVR’s Scott Hayden, the headset depicted in NASA’s video does indeed appear to be a prototype — but of the original HoloLens, not its sequel. Microsoft showed a seemingly identical model three years ago, and though its simpler frame design looks like a step forward, the company added vertical head support and made other tweaks before releasing HoloLens. It’s therefore most likely that NASA is using both pre-release and final versions of the original HoloLens. We’ve updated this article with appropriate caveats.