Adobe kicked off its annual Adobe Max conference with a bang — and two of its announcements brought new and improved apps to Apple’s iPad lineup. Today, the San Jose company announced Project Gemini — a new drawing and painting app for iOS tablet devices — and a full version of Photoshop CC for iPad.

Project Gemini repackages Adobe’s painting engine in a no-frills, streamlined interface complete with a fullscreen mode that hides the UI. In essence, it’s an Apple Pencil-and-touchscreen-optimized version of Photoshop.

“As children, we all drew and painted, whether as a creative form of expression, to share our stories and ideas, or simply to create beauty,” Adobe wrote of Project Gemini in a blog post. “For anyone in a creative field, drawing is at once the simplest form of communication and the foundation of every creative workflow. Through rigorous testing with artists of all skill levels, we reconsidered how drawing tools work.” 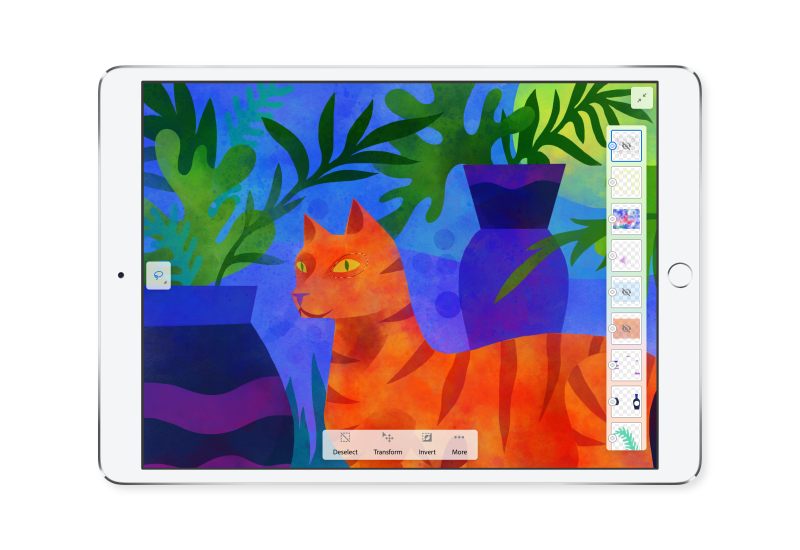 During media preview ahead of today’s unveiling, Adobe walked through a few of the app’s core features. Natural brushes created by illustrator and Adobe Design team member Kyle T. Webster — including dynamic brushes like watercolors and oils — join new masking, selection, and transform guides and grids. Core raster and vector drawing capabilities from Photoshop are in tow, along with a full suite of exporting and sharing tools.

“Through rigorous testing with artists of all skill levels, we reconsidered how drawing tools work,” Adobe wrote in a blog post.

Project Gemini is available starting today in closed preview on iOS. Interested illustrators can apply to be a part of the prerelease by filling out a survey on Adobe’s website.

When the new Photoshop CC for iPad becomes available in 2019, it’ll bring most, if not all, of the desktop version’s features to mobile. That includes support for PSD files, a “reimagined” user experience aligned more closely with Photoshop on PC, and a cloud syncing framework that makes project files and brushes accessible across desktop and iPad. 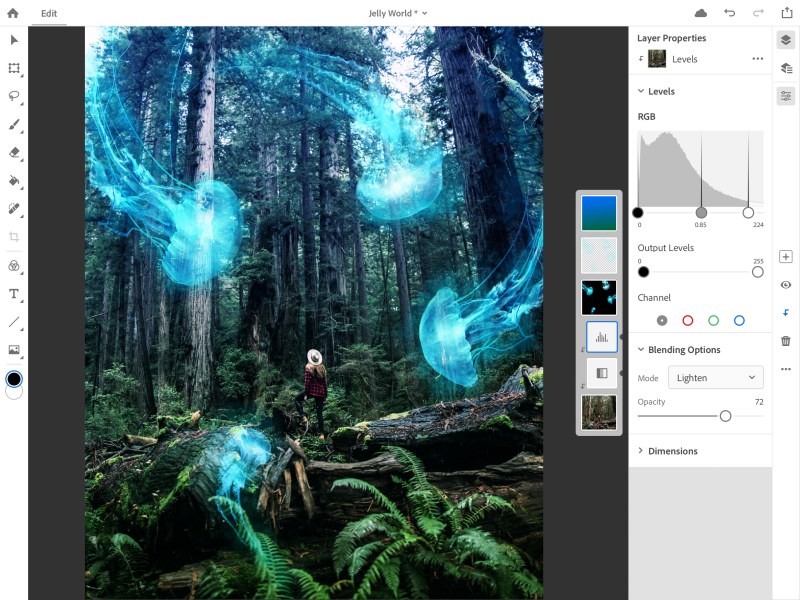 “We’ve taken some requests from the community seriously for more professional-level [features],” Adobe wrote in a blog post. “[It’s] only recently with the beefier power of devices … that we were able to turn this into a … formal project.”

Along with Photoshop CC for iPad are “core” tools, including a fully featured layer system, selections, masking, filters, adjustments, and more. Some have been reworked with touch gestures in mind, Adobe notes.

Other Photoshop features announced today include content-aware fill, which lets you choose which pixels to include and exclude from surrounding parts of an object to fill the photo, and a redesigned home screen with a What’s New section.

That’s not all. Photoshop CC’s Frame Tool allows you to create placeholders for an image size or shape and automatically scales the image to fit (or optionally converts it to a frame). Symmetry painting, which was released in tech preview last year and is generally available today, creates mirrored brush strokes along an axis.. The undo tool now acts as a regular continuous undo that moves backward in sequence from the last activity to the first. And pixels, images, and type layers now transform proportionally by default.

All of that’s in addition to support for five new Southeast Asian scripts — Thai, Burmese, Lao, Sinhalese, and Khmer — and a Match Font search function for Japanese fonts.