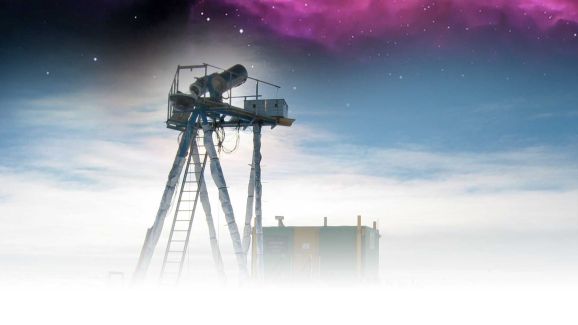 “We use gaming GPUs,” says Dr. Andrew Siemion, director of the Berkeley SETI research center. “We use the GeForce series from Nvidia. We use consumer level flash drives.” Siemion is one of the speakers at VB Summit, coming up on October 22-23 in Mill Valley, CA.

On Twitter, his team recently posted a photo of a giant box of empty GPU boxes and empty Samsung 970 Pro NVMe gaming flash drives, and piles and piles of other gaming components, he says.

“We made a joke on Twitter that we were building a new gaming system, when in fact we’re prototyping a digital spectrometer for a new radio telescope,” Siemion says. “It’s literally stuff that you buy at Best Buy. We’re just reprogramming it for a very different purpose.”

That’s right – the same technology that powers your Fortnite sessions is the part of the billion-dollar scientific program SETI – the Search for Extra Terrestrial Intelligence. Maybe you’ve heard of it, unless you’re one of the aliens they’ve been trying to find. Maybe you’ve even donated a little bit of your own computer’s processing power to SETI@home, to help the Team Human determine the prevalence and nature of intelligent, technologically capable life in the universe.

Maybe you didn’t know that the relationship between technology and SETI, which has culminated in a world where it doesn’t take $10 billion dollars in government funding to build state-of-the-art, AI- and machine learning-powered technology to carry off one of the biggest scientific programs on the globe has existed for over 90 years.

In 1924, the very first modern SETI experiment was carried out by an astronomer at Amherst College named David Todd, and a colleague and inventor named Charles Jenkins.

Jenkins, who was an electrical engineer and not an astronomer, had recently invented a device that he called a radio photo message machine. If you parse those words out, you might realize that what he had invented was an early version of a television transmitter and receiver, a device that could transmit photos over radio waves.

When Todd and Jenkins got together Todd said, well, we should point this gadget of yours at Mars and see if there’s any Martian TV transmitters that we might be able to receive. They went so far as to ask the U.S. government to turn off all of their radios on all of their ships at sea and quiet the radio spectrum so they could conduct this very sensitive search.

They didn’t see anything, and in fact their search was conducted at too low of a frequency to see through the ionosphere, which they didn’t know at the time. But it speaks to this partnership which continued to develop throughout the 50s and 60s, and continues to this day, between electrical engineering and astronomy in searching for technology beyond the earth.

And tech companies have always been on the ball, too. When Frank Drake, of Drake equation fame, carried out his first SETI experiment in 1960 in Green Bank, West Virginia, it was written about in the New York Times. A couple of days later Barney Oliver, the CTO for Hewlett-Packard, showed up in a helicopter at Green Bank Observatory, wanting to to help Drake with his experiment.

That set off a whole multi-decade collaboration between Barney Oliver, HP, and SETI scientists, which ultimately created the Bernard M. Oliver chair for SETI at the Institute, Dr. Siemion says.

Practically speaking, he points out, collaboration between SETI and technology companies is a natural one. The SETI program searches for electromagnetic radiation in this field at time resolutions and frequency resolutions that are much greater than conventional astronomy. That means they require powerful computers and powerful analytical techniques to sift through the massive amounts of data our experiments produce.

In this field and in radio astronomy, scientists have been using GPUs since the GPGPU revolution, when it was realized that GPUs could be used for general purpose computing. Radio astronomy took note of that and began using largely consumer graphics cards in instruments, as do scientists in SETI. In fact, most major radio observatories have large clusters of GPUs, typically Nvidia GPUs although not always, at their observatories, in order to process the data that comes out of the radio telescope.

“We need to make use of as much computing as we possibly can bring to bear on this problem,” he adds.” More recently, that’s been employing some of the modern data analytics approaches coming out of the Valley and bringing that back to SETI – things like machine learning and AI.”

There are also some very interesting technical and marketing areas of collaboration, Dr. Siemion points out. SETI tends to push AI and machine learning algorithms very hard, in particular with regard to the data rates, sizes of data sets, and sizes of images that we run through them. Whereas a typical machine learning algorithm might dimensionally reduce some image to 128 by 128 or 256 by 256, their instruments are capable of observing 10 billion radio channels simultaneously. The typical dimensions of their input data are vastly larger than what would be typical of a machine learning algorithm that was used for, say, image analysis or something like that.

“I think we push the bounds of those algorithms, which is an interesting area of research for tech companies,” he says.

Their interest in working with tech industry more broadly, both within the Listen program at Berkeley, as well as at the SETI Institute, Dr. Siemion says, is also that the center of innovation in computing and data analytics is no longer entirely within the realm of academia.

“Going back to the 70s and the 80s, you would find that a lot of the major discoveries being made were happening in academia,” he says. “But with the explosion in the tech sector over the last several decades and the advent of research divisions, blue sky research divisions, at a lot of big tech companies, the center of innovation has moved.”

Both for financial reasons and technical reasons, a lot of the most interesting, most cutting-edge data analytics approaches, both software and hardware, are being developed outside of academia, he says, and of course they want to bring the most cutting edge techniques and technologies to bear on SETI problems. It has been a great advantage for SETI to bring in experts from outside the domain of astronomy and astrophysics.

Besides the huge potential of the technological collaborations Silicon Valley companies and SETI could get up and running, Siemion points out that the philosophical bond between tech and astronomy remains strong to this day.

“I hope one thing employees working for the companies get out of it is the opportunity to work on the most profound and compelling question that humans can ask, which is, are we alone? Is there other life elsewhere in the universe?” he says. “At companies like Google, we would hope that some folks would find their passion in the place of humans in the universe and the nature of intelligence.”

VB has developed this quick survey to help execs better understand how to get started and where to focus their budget and energy to get business value out of AI. If you take the survey, we’d like to reward you by providing you access to the full results — which won’t otherwise be shared publicly.