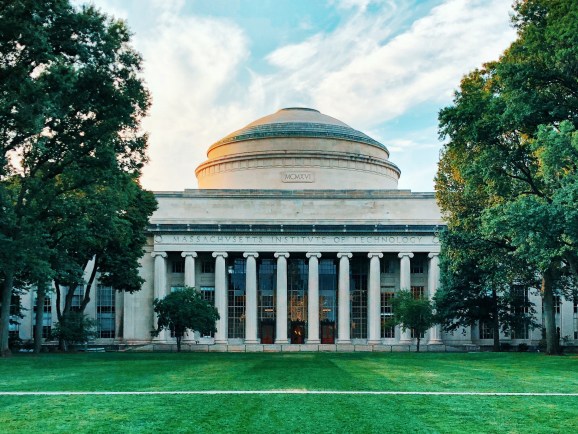 The Massachusetts Institute of Technology (MIT) today announced a $1 billion initiative to reshape how the college operates and make artificial intelligence a part of its curriculum for all students. The shakeup is being made, MIT president L. Rafael Reif said, to “prepare students of today for the world of the future” and represents the biggest change to curriculum at the school since the 1950s.

The effort will be spearheaded by a $350 million donation from from Blackstone investment firm CEO Stephen Schwarzman. An additional $300 million has been raised for the $1 billion project.

The Stephen A. Schwarzman College of Computing will work on incorporating computing and AI into all fields of study at MIT, encouraging cross-disciplinary endeavors, and exploring ways to create a shared structure between the university’s five existing schools.

The college will also seek to “transform education and research in public policy and ethical considerations relevant to computing and AI,” according to an MIT news release.

The new college, which opens its doors in September 2019, will eventually be housed in a new building planned to open in 2022. About 50 new faculty positions will be created within the new college and other departments at the university to support the work of the Schwarzman School of Computing.

“There is no more important opportunity or challenge facing our nation than to responsibly harness the power of artificial intelligence so that we remain competitive globally and achieve breakthroughs that will improve our entire society,” Schwarzman said in a statement. “We face fundamental questions about how to ensure that technological advancements benefit all — especially those most vulnerable to the radical changes AI will inevitably bring to the nature of the workforce. MIT’s initiative will help America solve these challenges and continue to lead on computing and AI throughout the 21st century and beyond.”

MIT has played host to AI pioneers such as Professor Marvin Minsky, who is considered by many to be a kind of founding father for AI. MIT graduates and spinoff startups are already well known for their work in major fields of AI, ranging from robotics created by Electrical Engineering and Computer Science (EECS) graduates to computer vision, augmented reality, and deep learning initiatives from the MIT Media Lab.

Created by Minsky, the MIT Computer Science and Artificial Intelligence Laboratory (CSAIL) is also well-known for its research and breakthroughs in AI and machine learning, while the MIT-IBM Watson AI Lab opened its doors last year.

MIT’s initiatives announced today is the latest way AI is changing curriculum at some of the largest computer science schools in the United States. In May, Carnegie Mellon University said it plans to offer an undergraduate degree in artificial intelligence, possibly the first of its kind in the United States.