Apple’s AirPods wireless earphones have been one of the company’s biggest hits since their introduction, quickly selling out due to both growing user demand and initial production challenges. Today, as spotted by 9to5Mac, Apple’s international storefronts are saying the AirPods are “sold out” across multiple countries in Europe and Asia, apparently signaling an imminent refresh.

Rumors of an upgraded AirPods model have been circulating for at least a year, though the specifics of the update have been somewhat ambiguous. A model with apparent support for the “Hey Siri” automatic digital assistant trigger phrase was teased during an introductory video at Apple’s Gather Round event last month, but not ultimately announced during the event.

Reports earlier this year suggested that Apple had two AirPods upgrades in the works, one with Hey Siri and improved Bluetooth wireless performance, another with noise cancellation and some waterproofing. Apple had previously promised to sell an optional inductive wireless charging case for the AirPods this year, alongside a wireless charging pad called AirPower. It remains to be seen whether the case and pad both ship. 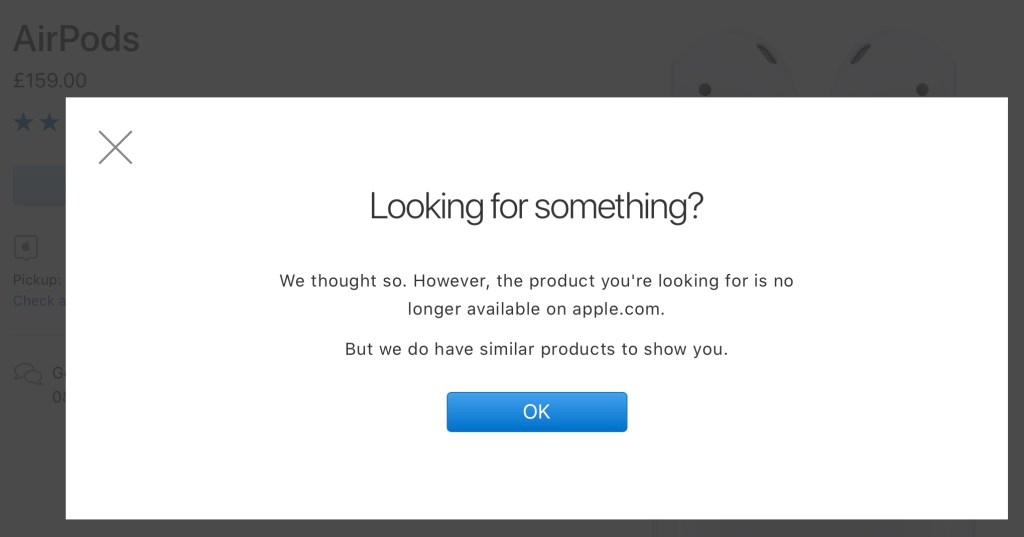 Users interested in acquiring current-generation AirPods may need to seek them out at third-party retailers or brick-and-mortar Apple Stores. In some cases, Apple’s online store is triggering a notice that “the product you’re looking for is no longer available on Apple.com” — a change that appeared first in some international stores, and appeared at least once in our testing of the U.S. store, as well. However, a reload of the store shows the accessory as still available both locally and online within the U.S., but not in international stores.

Situations like this one are atypical for Apple: The company generally announces new products rather than letting old ones appear with “Buy” buttons leading to out-of-stock advisories. As such, it wouldn’t be surprising to see either a next-generation AirPods announcement via press release, or an international replenishment within the next day. 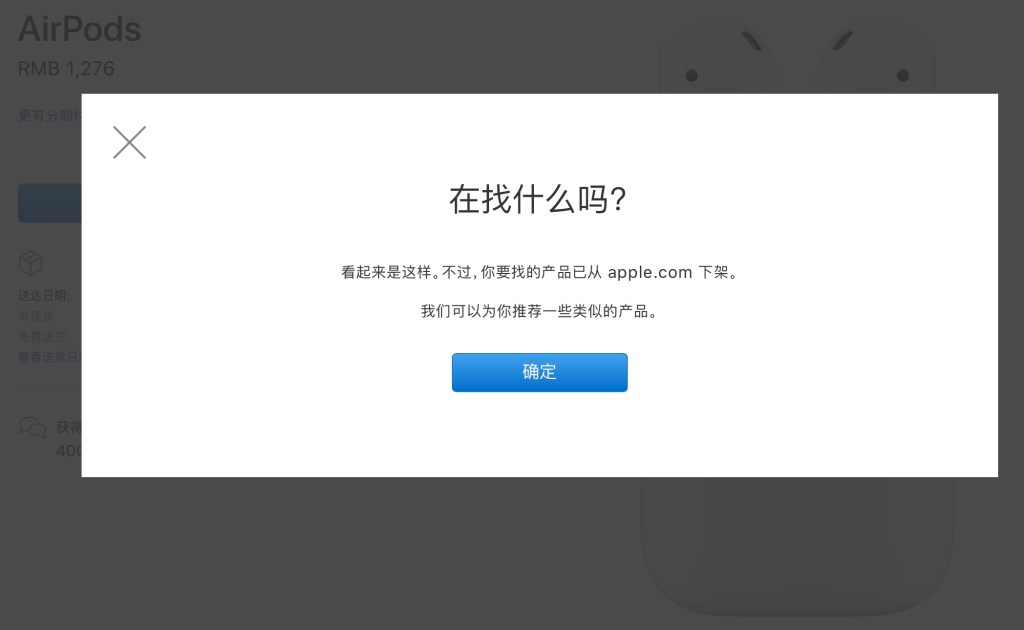 Update at 12:23 p.m. Pacific: As anticipated above, the AirPods have magically been replenished across Apple’s international stores, though some stores — including China’s — are still displaying “no longer available” banners before revealing resumed online availability. Regardless, their temporary change of status in the online stores indicates that something unusual is going on behind the scenes at Apple with AirPods inventory.