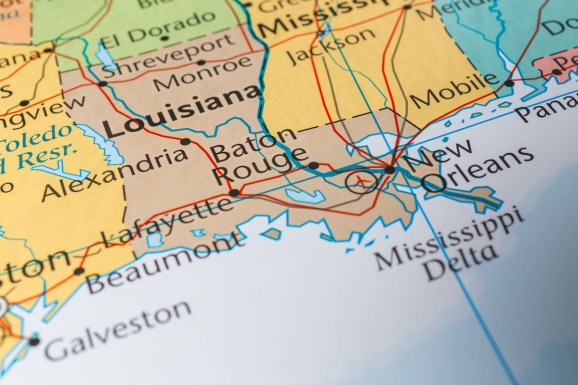 Today, a group of politicians and venture capitalists are wrapping up a three-day tour of tech startups in the southern United States, the latest effort to bridge the gap between Silicon Valley and other tech communities.

Led by Rep. Tim Ryan (D-OH), Rep. Ro Khanna (D-CA), and Rep. Jim Clyburn (D-SC), more than a dozen venture capitalists visited with entrepreneurs and investors in Charlotte, North Carolina, as well as Columbia and Orangeburg, South Carolina, over the past two days. Participants included partners with Bloomberg Beta and GV. Former New York City mayor Michael Bloomberg also joined for part of the trip. The group is wrapping up the tour today with meetings in Atlanta.

Morning of #comebackcities in Charlotte… The conference on a bus begins, to learn about getting investment out of the coasts. pic.twitter.com/jBxDmuOMcX

This is the second batch of coastal venture capitalists Reps. Ryan and Khanna have brought to meet with startups in the middle of the country. Participants in the first tour — dubbed the “Comeback Cities Tour” — met with about a dozen venture capitalists and visited tech startups in Youngstown and Akron, Ohio; Detroit and Flint, Michigan; and South Bend Indiana, in February. The New York Times called it a “Rust Belt Safari,” with others ribbing the VCs for stocking their bus with vegan donuts and charcoal-infused kombucha.

The goal of the tour was to open venture capitalists eyes’ to investment opportunities outside of Silicon Valley and other traditional tech hubs. Progress on that front is still slow, though some members of the group this week announced the creation of a $2.25 million seed fund to invest in Midwest startups, with LPs from Northeast Ohio, Southeast Michigan, Pittsburgh, and Chicago.

Roy Bahat, the head of Bloomberg Beta and a participant in both Comeback Cities tours, said that while some have already made angel investments or created startup incubators (Bloomberg Beta is an LP in the seed stage fund), the group of investors is still mostly in the learning stage. He added that several investors from the previous trip joined this week’s tour.

“We’re hopeful this is really a model we can continue to build upon,” Bahat told VentureBeat. “In part because of the coverage of the last [tour], we’ve had many more corporate participants in this one.”

Rep. Ryan told VentureBeat in a phone interview that the group chose the South for this tour because “it faces a lot of the very same challenges that we face in the industrial Midwest — and I wanted to make it a point to get into communities of color.”

In Charlotte, a hub for banking, the group met with startup founders, as well as current and former executives from Ernst & Young and Bank of America. In Columbia and Orangeburg, areas that have historically been dominated by manufacturing and the textile industry, the group met with students and officials from two local universities. In Atlanta, the group will today meet with directors from the AUC Center, a consortium of historically black colleges and universities in Atlanta.

Sherrell Dorsey was one of the startup founders to meet with the Comeback Cities group when they came to Charlotte. Dorsey is the president and CEO of Blktech Interactive, a Charlotte tech hub focused on growing and developing entrepreneurs of color, and founder of The Plug, a daily newsletter covering founders and innovators of color in tech. She said that she and other founders spoke with the venture capitalists about the challenges involved in fundraising in Charlotte.

While access to capital is still an issue in Charlotte, the more acute issue is getting access to angel investors — many of whom didn’t make their money in startups — who understand the proper trajectory a startup needs to take.

“Either investors are way too conservative or they want a lot more equity for the very limited amount of money they’re willing to invest,” Dorsey said.

Both Bahat and Rep. Ryan said that venture capitalists have expressed interest in doing another tour, though an exact location hasn‘t yet been decided.