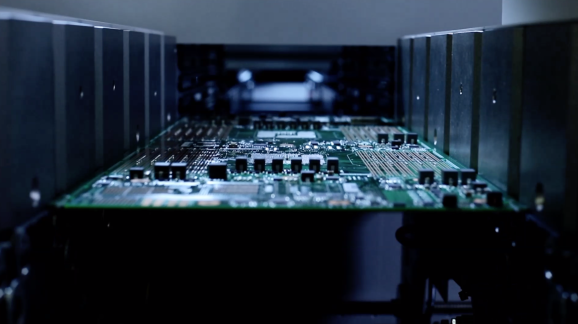 Bright Machines today announced the closure of a $179 million funding round and launched out of stealth. The company aims to automate manufacturing operations in factories and make manufacturing hardware as simple as building software is today.

Bright Machines operates on the belief that low-cost manufacturing in developing nations has reached its limits as more economies enter the middle class and factories encounter challenges hiring employees at the lower pay rates that have been common in the past. This shift coincides with advances in deep learning and robotics.

“Our long-term goal is to demystify and democratize manufacturing. We want to make making physical things as easy as it is to make digital things,” Hanspal told VentureBeat in a phone interview. “We believe manufacturing is ready for its next big shift, which is to really bring software to the factory floor and drive machines using software rather than labor.”

The $179 million in funding will be used to expand the Bright Machines team and accelerate the business’ software roadmap and its robotics operations, Hanspal said.

Bright Machines now has almost 400 employees at offices in San Francisco and Tel Aviv, as well as operating inside factories in China and Mexico. The startup will initially turn its focus to products for customers creating electronics.

“Literally everything in this world — from the car in your driveway to diagnostic machines in hospitals to the coffee maker in your kitchen — is now increasingly driven by electronics. And the first vertical that we’re going after is the assembly and inspection of electronics in a box, so you can imagine routers, security devices, infotainment centers in cars — those kinds of things represent electronics in a box that’s the brain or nervous system of modern products,” Hanspal said.

Alongside employees working in factories, Bright Machines has hired software engineers with a focus on computer vision, robotics, and machine learning to work with the founding team, whose members possess expertise in CAD prototyping for the creation of hardware.

The $179 million funding round was led by Eclipse, with participation from Flex.

Microsoft launched its Azure IoT Edge out of beta in June and signed a five-year deal with Walmart in July for tracking things like HVAC and refrigerator systems.