Vayyar Imaging is unveiling Walabot Home, a sensor that can penetrate walls and detect motion, such as when a senior citizen falls down and needs help. Vayyar Imaging can model a home in 3D, detect motion, sense a fall, and automatically place a call for help without requiring a wearable.

My 85-year-old mother is in a senior home now, and she wears a wristband with an emergency alert button, and there’s a cord she can pull in the bathroom if she falls in the shower. But in both cases, she has to be capable of taking some kind of action to get help.

Walabot Home lets us rely on automatic fall detection and notification, and it even can detect if someone stops breathing. It is one of a number of smart home devices that Tel Aviv-based Vayyar is building based on its fundamental technology, which uses radio waves to sense things through walls in a fairly sizable space.

In 2016, Vayyar started selling this technology with a Walabot DIY stud finder, which allows contractors to see through walls and detect studs or plumbing so that they don’t accidentally break something. The company has sold hundreds of thousands of the devices. 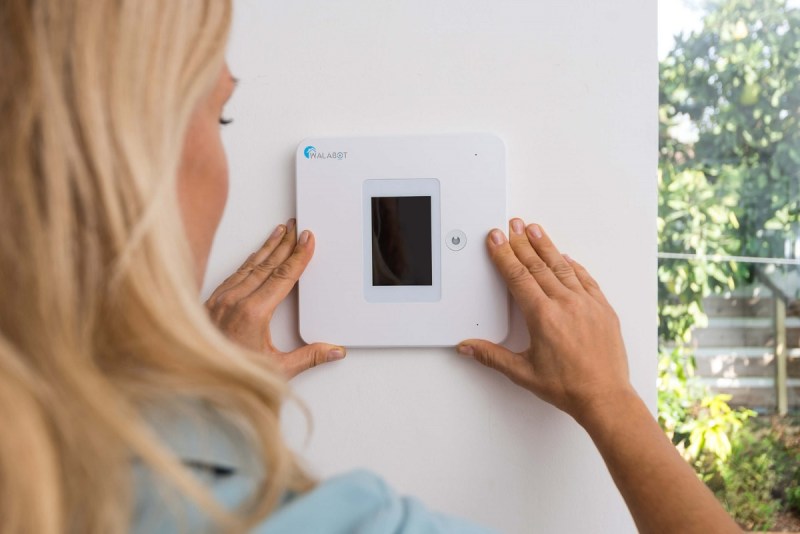 In the U.S. alone, 29 million people over 65 fall in a year, according to the Centers for Disease Control. In comparison, there are only around 70,000 household fires per year, yet almost every home has a smoke detector. Despite the high risk of falling, most people do not want to wear any kind of fall detection device. Vayyar has created Walabot Home to eliminate the need to carry a device by discreetly monitoring for a fall; it operates in the background of the home just like a smoke detector sensor.

You can place it on the wall and forget about it, but in the case of a fall, it will call your designated loved ones for help. Additionally, individuals can place a call to their emergency contact at any time with the push of a button on the Walabot Home device.

“There is a staggering number of adults who fall in their own homes every year,” said Raviv Melamed, CEO of Vayyar, in a statement. “Most falls happen without anybody else knowing that the event occurred. People want to feel comfortable in their homes without the burden of needing to wear a pendant or medical alert device, but they still want the security of knowing that they can get help if they need it. Walabot Home is so effective because people can set it up and then relax, feeling secure in the knowledge it’s there just in case.”

Walabot Home does not require further action once it’s been set up. Walabot Home works in a wide range of conditions that cameras cannot, including steam and darkness, and can sense through objects like curtains and glass walls. It costs $250.