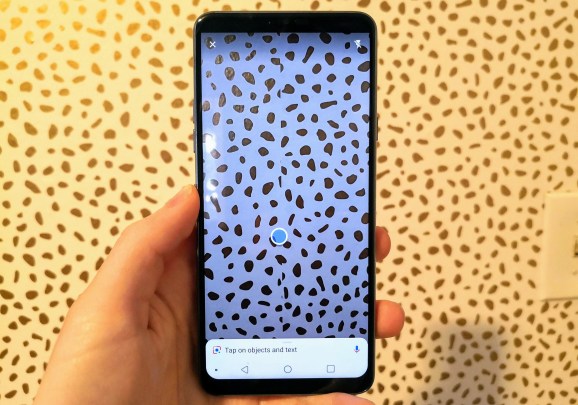 The Google Lens standalone app running on an LG G7.

The change was initially announced at an event last month to celebrate the 20th anniversary of Google, alongside plans to bring AMP Stories and more videos to Google searches.

Lens on Google Images will initially focus on identifying objects in pictures, a company spokesperson told VentureBeat in an email.

Press the Lens button on an image and dots appear on objects that you can tap for more information or to find out where the item can be purchased. Circle an area of a photo with your finger to zoom in for a closer look.

Lens on other surfaces allows you to do things like grab text — like a URL or phone number — from an image; identify landmarks, animals, or plants; or even point your camera at a theater marquee to buy tickets to a show. Lens can also scan business cards.

The introduction of Lens for Google image searches follows the addition of Lens to the Camera app on Pixel 3 smartphones, as well as Google Photos and Google Assistant on Android smartphones.

Google Lens is also being embedded directly into the Camera app for phones from Sony and LG.