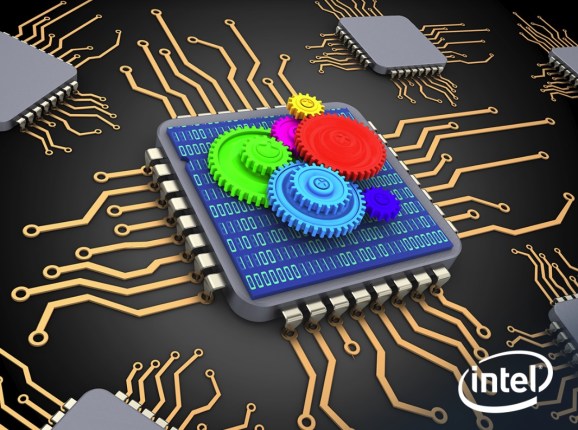 Intel and DARPA are doing research on chiplets.

Intel reported that its third-quarter growth was stronger than expected across its PC and data-centric businesses, prompting the company to raise its full-year estimates for financial performance.

The world’s biggest maker of PC dchips said third quarter revenue was $19.2 billion, up 19 percent from the previous quarter, while the PC portion of revenue was up 16 percent. Earnings per share was $1.40, compared with $1.01 a share a year earlier.

“Stronger than expected customer demand across our PC and data-centric businesses continued in the third quarter. This drove record revenue and another raise to our full-year outlook, which is now up more than $6 billion from our January expectations. We are thrilled that in a highly competitive market, customers continue to choose Intel,” said Bob Swan, Intel CFO and Interim CEO, in a statement. “In the fourth quarter, we remain focused on the challenge of supplying the incredible market demand for Intel products to support our customers’ growth. We expect 2018 will be another record year for Intel, and our transformation positions us to win share in an expanded $300 billion total addressable market.”

You wouldn’t know it, but Intel is in the midst of one of the most difficult crises in its history. The company removed its CEO Brian Krzanich earlier this year after it was found he had a consensual sexual relationship with an employee in violation of company policies. The company also said it was having trouble developing its process technology for 10-nanometer manufacturing (the equivalent of rivals’ 7-nanometer circuitry). Right now, the company plans to launch its first 10-nanometer chips in the second half of 2019, but competitors are launching the equivalent process technology and chips built with it now.

DCG saw strong demand from cloud and communications service providers investing to meet the explosive demand for data and to improve the performance of data-intensive workloads like artificial intelligence. The Internet of Things Group (IOTG) also achieved record revenue. Excluding Wind River, which Intel divested in the second quarter, IOTG revenue was up 19 percent year-over-year on broad business strength. Record revenue in Intel’s memory business (NSG) was up 21 percent year-over-year.