Facebook announced today that it has removed 82 Pages, groups, and accounts originating in Iran for violating the company’s policies against “coordinated inauthentic behavior” less than two weeks before the U.S. midterms.

The company said that the pages targeted people in the U.K. and Iran, and in some cases, represented themselves as U.K or U.S. citizens.

In total, Facebook removed 30 Pages, 33 Facebook accounts, and 3 groups on Facebook, as well as 16 accounts on Instagram. About 1.02 million users followed at least one of these accounts. Facebook also posted examples of some of the posts that had been shared by the removed accounts and Pages. 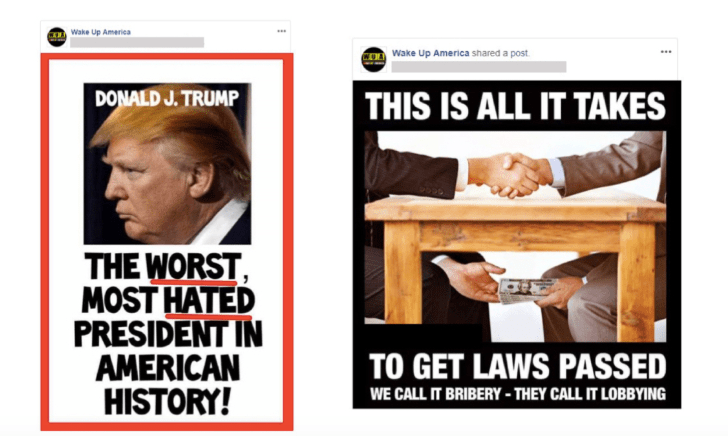 “They posted about politically charged topics such as race relations, opposition to the President, and immigration. Despite attempts to hide their true identities, a manual review of these accounts linked their activity to Iran,” Facebook head of cybersecurity policy Nathaniel Gleicher wrote.

In recent months, Facebook has started releasing information about account removals when it believes a large number of accounts working together either sought to deepen political divisions or mislead users ahead of elections, most notably the U.S. midterms, though the company also recently announced a removal of a spam network in the Philippines.

Earlier this month, Facebook announced that it removed more than 800 U.S.-based Pages and accounts, most of which pushed political content, that violated its rules against spam. Over the summer, Facebook also announced two separate purges of accounts with suspected ties to Russia and Iran. Some of them exhibited behavior similar to the Russian troll farm Internet Research Agency.

The company said that there was “overlap” between the accounts and Pages taken down today and those removed earlier in the summer. Gleicher also cautioned that “it’s still early days and while we have found no ties to the Iranian government, we can’t say for sure who is responsible.”

Facebook gave the Atlantic Council’s Digital Forensic Research Lab access to posts from 10 Facebook pages and 14 Instagram accounts to study before they were taken down. In a Medium post detailing the findings, the Digital Forensic Research Lab found that these accounts had significantly higher engagement numbers than earlier Iranian operations. The most-followed page, @VoiceofChangee, had 113,155 followers.

One of the earliest pages was created in January 2016, while another was created as recently as April.

“These assets were designed to engage in, rather than around, the political dialogue in the United States. Their behavior showed how much they had adapted from earlier operations, focusing more on social media than third party websites and becoming much more engaging.”