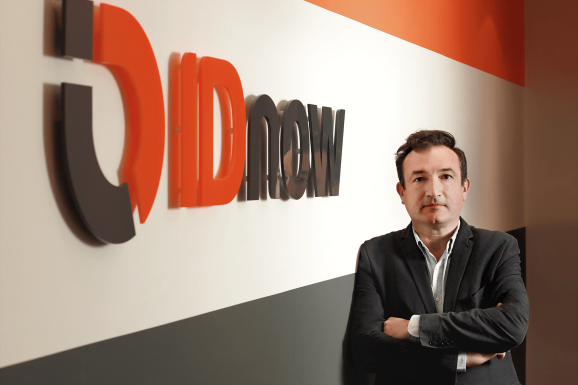 As people increasingly rely on mobile gadgets to handle everyday chores, they frequently run into old-fashioned requirements to present paper-based forms of ID to verify a wide range of transactions. To eliminate this cumbersome step, IDnow wants to make authentication as easy as taking a selfie.

The technology is particularly of interest to mobile-based financial technology startups, but also has appeal for automotive, crypto, insurance, and telecom companies. Basically, anyone who wants to sell you something that requires authentication for legal or financial reasons via a smartphone is a potential target for IDnow’s verification-as-a-platform.

“As people get more used to it, technology such as facial recognition is getting better at discovering fakes and attempted fraud,” said IDnow CEO Rupert Spiegelberg. “Our key challenge is to really target those new and broadening sectors, and to roll out across many countries. I think we really are very much in the early days of the growth cycle of this business.”

IDnow’s challenge is also the challenge faced by so many European startups. To the east, there are a number of competitors in Asia developing mobile facial recognition solutions. And to the west, there is well-funded Silicon Valley-based challenger Jumio, which has raised $55 million for its visual authentication platform. Jumio just reported that its sales for the first nine months of 2018 grew 130 percent year-over-year.

Founded in 2014, Munich-based IDnow has raised $12 million in venture capital and has 300 employees. It’s targeting an authentication market worth potentially billions.

Its main products include IDnow Autoldent. Users take a selfie and then AI-powered algorithms match it with databases the company has gathered to verify it against a wide range of government-issued IDs from 193 countries. Getting this feature to function correctly has been a massive engineering feat, having to correct for lighting issues and the quirks of different operating systems, handsets, and camera quality.

Companies can also opt to use a version that includes additional verification by an agent. And because the company has an API, the technology can be built right into third-party apps to make it part of the onboarding process.

Data continues to show that it’s a clunky signup or onboarding system where companies are at the greatest risk of losing potential customers, Spiegelberg said. Some customers who have started using IDnow have seen their conversion rate improve by 50 percent, he added.

Naturally, the technology has not been without some controversy. Getting approval to use it across various jurisdictions has required slow regulatory approval. The company is hoping it will be available in France soon, for instance.

But particularly in Europe, where privacy is a touchy subject, the idea of scanning one’s face and trusting third parties with that information can be a challenge. Spiegelberg said the use cases are for everyone, but young consumers tend to be more ready to embrace such solutions.

Earlier this month, IDnow found itself also caught in a controversy with one of its largest customers, mobile bank N26. German news site Handlesblatt Global published an investigation that found it could easily subvert N26’s security procedures to create accounts using fake IDs. N26 responded that while it detected the issue after the fact, it is impossible for any system to weed out 100 percent of fraud.

Meanwhile, in a statement, IDnow said the issues were related to a third-party solution N26 uses outside of Germany for authentication, not IDnow’s tech.

“IDnow has invested millions of euros over the last years implementing the most sophisticated counter measures to beat fraudsters, and we are constantly improving our services to counter the latest types of attacks,” Spiegelberg said in the statement.

IDnow’s biggest challenge remains its ability to expand fast enough as other competitors advance. That may eventually be a function of its ability to raise money and hire fast enough, two places were Silicon Valley still often holds an advantage over European competitors.

But the other barrier remains the regulatory picture. Despite efforts at creating a Digital Single Market in Europe, issues like finance remain a fractured puzzle of rules that are managed by agencies in each country. This can make any fintech-related expansion a painstaking one. And yet, Spiegelberg argues this can also be an advantage over the long term, assuring consumers and businesses that any security and privacy issues have been thoroughly vetted.

“We’re in Europe, and it’s more regulated and there’s a much higher threshold for regulators to approve a new service,” Spiegelberg said. “The good news is that forces companies like ours to up our game and make sure the security side meets these higher standards.”