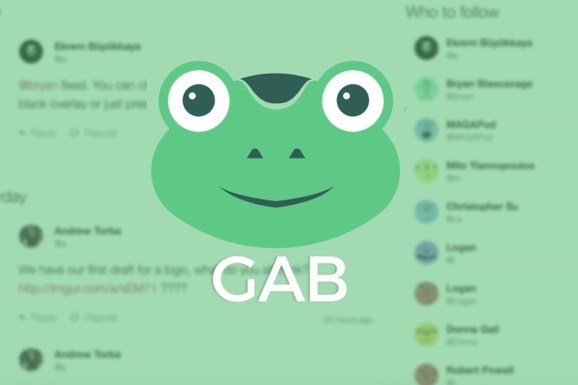 (Reuters) — Gab.com, the website where the suspected Pittsburgh synagogue gunman posted anti-Semitic views, said on Sunday it was offline for a period of time after being asked by its domain provider to move to another registrar.

The move comes after GoDaddy asked Gab to change the domain, while PayPal, Stripe, and Joynet blocked the website.

“We have informed Gab.com that they have 24 hours to move the domain to another registrar,” a spokesman for GoDaddy said, adding the site violated its terms of service and hosted content that “promotes and encourages violence against people.”

The 46-year-old suspect Robert Bowers in the shooting incident has been charged with murdering 11 people on Saturday in the deadliest attack ever on the Jewish community in the United States. Hours earlier, he posted on Gab.com, saying a non-profit that helps Jewish refugees relocate to the country was helping to kill “my people.”

“Gab.com is under attack. We have been systematically no-platformed by App Stores, multiple hosting providers, and several payment processors,” the website said, adding that it was working around the clock to get Gab.com back online.

PayPal banned the website from using its money-sending services on Saturday. Gab said on Saturday it received notice it would be blocked by another payments website, Stripe Inc, and had switched to a new web-hosting service after Joyent Inc warned it would cut off the website.

Gab did not say who the new web host was. The company posted on Twitter on Sunday, “FREE SPEECH WILL ALWAYS WIN.”

Bowers, 46, joined the site in January.

Torba did not respond to a request for comment on Sunday.

Utsav Sanduja, Gab’s former chief operating officer, said the company and its mission will survive “guilt by association” and could do more fundraising through cryptocurrencies in order to bypass tech companies.

“We created Gab for the purpose of letting off steam not to kill. That was not our intention,” he said.

In earlier statements, the website said it was cooperating with law enforcement authorities and described the moves by PayPal and others as acts of “direct collusion between big tech giants.” It also called on U.S. President Donald Trump to act.

PayPal declined to comment beyond an earlier statement that the company takes immediate action when “a site is allowing the perpetuation of hate, violence or discriminatory intolerance.”

Joyent could not immediately be reached, and Stripe declined to comment on individual users.

Sanduja did say that there could be room for Gab to improve.

“The mission should not change, but certainly there does need to be better checks and balances in place,” he said.

Sanduja said he left his role at the website in June after Gab users threatened his life and that of his wife, who works at a synagogue.

On Sunday, Gab’s forum lit up with comments about the Pittsburgh attack. One user celebrated Gab being banned by PayPal while another user responded, “You are going to get shot at ur local synagogue.” Another posted, “I WAS RIGHT, THEY FAKED THE SYNAGOGUE SHOOTING.”

Gab raised $1 million through crowdfunding last year, but recorded a loss of $201,704, according to a document filed with the U.S. Securities and Exchange Commission.

Microsoft said in an emailed statement that it terminated Gab’s accounts on its Azure cloud computing platform last month.

Facebook’s archive of ads that it considers political in nature shows Gab has run only one such ad since May. It paid less than $100 for that ad and generated 1,000 to 5,000 views last month, according to the archive.