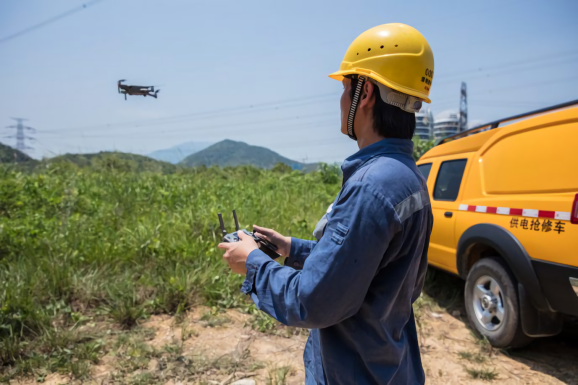 Microsoft today introduced the Windows SDK in public preview for developers to make Windows 10 applications that can control DJI drones. Hardware like robotic components, sensors, or actuators that may be included on a drone can also be integrated using the SDK.

Also announced today: AirMap, a service that helps users stay in compliance with local law and avoid collision with other drones, will use Azure as its exclusive cloud partner.

AirMap is currently being used for Skyguide, a nationwide airspace management system in Switzerland. The first beyond-line-of-sight operations began earlier this year with drone manufacturer Matternet, who’s working with Swiss Post and a hospital to deliver laboratory samples.

The purpose of the Windows SDK and AirMap deal is to give enterprise customers more ways to quickly deploy AI-powered drones for things like security or maintenance inspections and other tasks that can be automated with computer vision, Azure IoT director Sam George said in a blog post.

Doing so can help businesses do things like predict when a piece of machinery needs repairs or collect information that helps ensure employee safety.

AI workloads produced from data gathered by cameras or sensors on DJI drones can be processed via Azure in the cloud, Azure IoT Edge on the device, or on a Windows 10 PC.

The launch of the Windows SDK for drone control with Windows 10 apps was announced at the DJI AirWorks conference. This spring, Microsoft announced a number of Azure IoT Edge services for deploying AI on devices and a partnership with DJI to create the software development kit and explore flight control and data transfer with Windows 10 PCs.

Drone control with Windows 10 follows the introduction of ROS1, the Robot Operating System, for the operating system.

In April, Microsoft committed to spending $5 billion on internet of things initiatives, likely due to its potential to drive AI and cloud computing services.