While the fastest supercomputers in the world today measure calculations in the petaflops, an exascale computer can carry out a quintillion (1018) calculations a second.

The U.S. Department of Energy (DOE) also announced today that the National Energy Research Scientific Computing Center (NERSC) in Berkeley, California has commissioned a Cray “Shasta” supercomputer for its NERSC-9 system. The system, which will be named Perlmutter, is a pre-exascale system and is expected to be completed in 2020. Valued at $146 million, the contract is one of the largest in the history of the company, which was founded in 1972 by Seymour Cray.

The Shasta system will utilize a new Slingshot interconnect made to address issues of congestion management and accommodate diverse processing requirements.

Supercomputers are increasingly being used for artificial intelligence, but today they are more commonly used by research institutions and governments for modeling or simulation in matters pertinent to national defense, scientific research, and weather modeling.

Cray believes the technology will open up opportunities for expansion to meet the AI needs of companies in energy, manufacturing, automotive, and aerospace sectors, as well as financial services and insurance.

“The exciting thing for us is that the growth in data is also driving the growth in supercomputing, and so as that happens, more and more people are starting to use supercomputers,” he said. “So now we have to think about how we build supercomputers that can fit into standard commercial datacenters, not in national laboratories like at NERSC, who have been doing it for years and are experts at it, but in Fortune 500 companies and various automotive and engineering companies on the planet.”

The news follows the Department of Energy bringing the Sierra supercomputer online last week at the Lawrence Livermore National Laboratory. The third largest supercomputer in the world, according to TOP500, Sierra will be used by the Department of Energy’s nuclear stockpile stewardship program to do things like simulate the destructive power of the United States’ nuclear weapons. 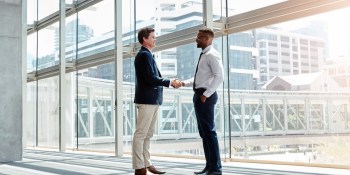