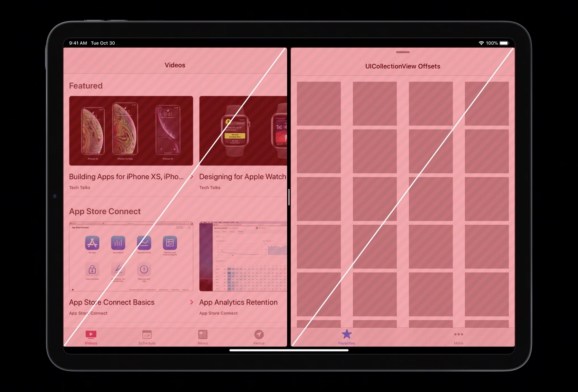 After releasing new iPhones and iPads, Apple typically requires app developers to support the devices within a certain period of time. Now that the new iPad Pros are official, Apple has set March 2019 as the mandatory date for developers to support at least one of two new devices: the third-generation 12.9-inch iPad Pro or the 6.5-inch iPhone XS Max.

The company’s iOS Developer page details the new requirement, which says that all new apps must be built with the iOS 12.1 or later SDK by that date, including screen support for either Apple’s largest tablet or its biggest phone. Apple also recommends supporting other iOS 12-specific features, such as Siri Shortcuts, ARKit 2, and Core ML 2, but none are as mandatory as display support for the large-screened devices.

While the 12.9-inch tablet’s screen size and resolution haven’t changed since the first model was introduced, the elimination of its Home button means that gestures will require space at the bottom of the screen. Consequently, Apple expects that developers will re-test and update apps as necessary to respect newly defined safe areas, support adaptive layouts, and address other UI issues.

A new iPad Pro development video notes that Apple has created a special compatibility mode for the new iPads called “common insets,” creating a unified top-of-screen status bar and bottom-of-screen gesture area for multitasking apps, with left and right window panes inside. Previously, iOS awkwardly left two conflicting status bars next to each other, so this should be a clear improvement for users. The video also discusses how developers can use the second-generation Apple Pencil’s tap gestures, external displays, USB-C support, and Face ID.

Surprisingly, Apple doesn’t appear to have a screen support mandate for the 11-inch iPad Pro, which actually features an all-new screen resolution of 2,388 by 1,668, the widest aspect ratio yet seen on an iPad. Apple says enabling an app to run at full native screen resolution on the new iPad Pro will require the base SDK to be set to iOS 12.1 or later and to have a Launch Storyboard or iPad Pro launch image. It’s unclear how apps made for the 9.7-inch and 10.5-inch iPad Pros will look on the 11-inch display.

Given that the iPhone had its first edge-to-edge screen release in last year’s iPhone X, developers will have no problem targeting the iPhone XS. Depending on how art-heavy their apps are, they may only need to make minor adjustments for the larger-screened iPhone XR and XS Max. The company has a phone-specific design video to help developers, as well.