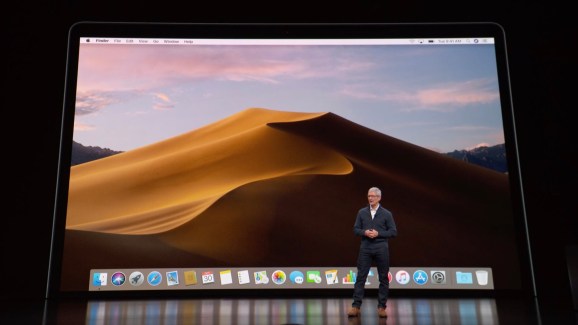 Apple reported its fiscal fourth quarter 2018 financial results today, posting record quarterly revenue of $62.9 billion on sales of 46.889 million iPhones, 9.699 million iPads, 5.299 million Macs, and $9.981 billion in services. The catchall category “Other Products,” which includes Apple’s wearables, hit a new high of $4.234 billion. The company topped both its revenue guidance range of between $60 billion and $62 billion for the quarter, and the analyst consensus forecast of $61.5 billion.

Measuring all sales from July 1 through September 30, notably including the first 10 days of Apple Watch Series 4 and iPhone XS availability, the quarter again set records for Apple. Sales were just barely up year over year for iPhones, which were at 46.677 million in Q4 2017, while iPad sales were down from 10.326 million and Macs were down slightly from 5.386 million. However, the company made over $10 billion more in revenue during the quarter, up from $52.579 billion in Q4 2018 — a 20 percent improvement year over year. Earnings per share (EPS) were up 41 percent, generating over $19.5 billion in operating cash flow.

“We’re thrilled to report another record-breaking quarter that caps a tremendous fiscal 2018, the year in which we shipped our 2 billionth iOS device, celebrated the 10th anniversary of the App Store and achieved the strongest revenue and earnings in Apple’s history,” said Tim Cook, Apple’s CEO. “Over the past two months, we’ve delivered huge advancements for our customers through new versions of iPhone, Apple Watch, iPad, and Mac as well as our four operating systems, and we enter the holiday season with our strongest lineup of products and services ever.”

Apple attributed the quarter’s results to strong iPhone and wearables sales, likely buoyed substantially by the new Apple Watch Series 4. The company also set quarterly records for its Services category, which was very close to $10 billion for the first time, and the Mac, which generated $7.4 billion in revenue.

The biggest weakness for the quarter was in iPad sales, which were down 16 percent from the prior quarter and 6 percent from the year-ago quarter. Revenues were down 15 percent year over year as well. Apple held both the announcement and release of new, more expensive iPad Pro models until after the quarter ended; they and the iPhone XR will show up for the first time in the company’s fiscal first-quarter 2019 results.

Once again, Apple’s strongest regional revenue growth came from Japan with a 34 percent year-over-year increase, followed by the Asia-Pacific region, which saw a 22 percent increase. The Americas, China, and Europe all saw gains in the 16 to 19 percent range year over year and similarly strong double-digit improvements over even the preceding quarter.

Apple’s board of directors declared a cash dividend of $0.73 per share of common stock, payable November 15 to shareholders of record as of the close of business November 12.

For fiscal Q1 2019, Apple is offering a revenue guidance range between $89 billion and $93 billion, with gross margin between 38 and 38.5 percent. That compares with Q1 2018’s projected range of $84 billion to $87 billion, which it surpassed with actual revenues of $88.293 billion. Notably, the company expects its tax rate to rise from this quarter’s estimated 15 percent to 16.5 percent in the next quarter.

Apple will further detail the results in an earnings call with analysts and media, which we will cover live.