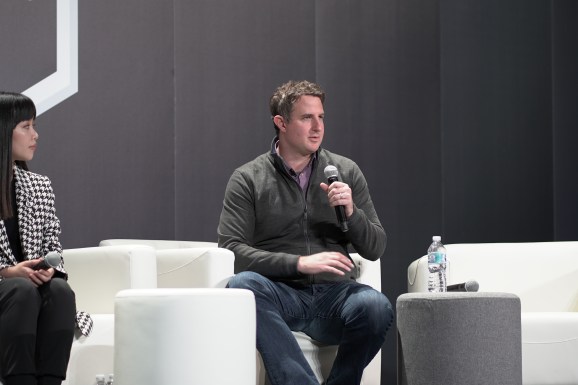 Tony Mugavero, CEO of Littlstar and Co-Creator of Ara.

Littlstar Media said it has launched Ara, a new blockchain-based platform designed to give creators and artists more control over their content.

The company, which counts Sony and Disney among its investors, says it wants to use the distributed technology to support new business models for the creative community so they are less dependent on other tech companies’ platforms to build an audience and get paid.

“Artists and creators are struggling to get paid for their work. Their livelihood and voice can be compromised at the whim of the platforms they publish on,” said Tony Mugavero, CEO of Littlstar and co-creator of Ara, in a statement. “Right now, the audience is a draw, but third-party platforms have all the control. Ara puts control back into the hands of creators and their fans, enabling a more direct connection and a better way for fans to reward their favorite artists.”

Littlstar has previously raised $10.5 million from a group of entertainment and media companies, including Sony and Disney. It has been working on the Ara project for a couple of years now.

Ara is a suite of blockchain-based protocols aimed at decentralizing ownership of content and using tokens to authenticate transactions between publishers and creators and consumers. The company envisions Ara being used to support content such as games, movies, music, and photos.

Part of Ara’s system allows a wide range of devices to connect to the platform to create a distributed network of unused processing power.

The company also believes consumers will benefit by retaining control over their data, rather than having it leveraged by third-party companies to help with content discovery and advertising models.

“Leveraging blockchain, distributed ledger technology, and cryptocurrency allows for an entirely new participatory system to exist,” Mugavero said in a statement. “This system removes the need for ‘trusted’ third parties to track and maintain access and ownership, which have proven time and again to betray our trust. Today, our lives are so digital-dependent that every industry in the world can leverage this technology in some way.”