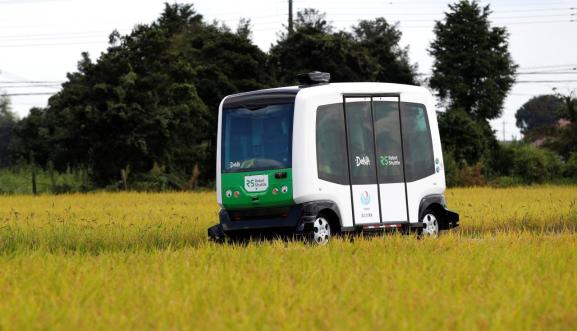 You’ve probably seen the headlines about self-driving cars and crashes. However, the truth is that they are safer than human drivers. In fact, according to the National Highway Traffic Safety Administration, human error is to blame for more than 94 percent of accidents.

Despite any fears we may have about autonomous vehicles, we are quickly becoming a society where they will be a regular feature on our roadways. The potential impacts of autonomous vehicles to land use planning and real estate are enormous.

The first significant moves we will see to accommodate autonomous vehicles are changes to infrastructure and state and county regulations. Things we take for granted, such as stop lights and construction signs with scrolling words, may not yet be recognizable to vehicle sensors in all conditions such as the intense sun or dense fog.

We’ll also have to rethink the gas tax used to help pay for infrastructure. Since autonomous vehicles will likely be electric or some form of hybrid, they will consume less gas and therefore pay less gas tax. However, since the vehicles will still be using roadways — perhaps at a higher rate than those with drivers — we will need a new system to pay for critical infrastructure replacement and upgrades.

For those living in areas with severe housing shortages, the potential for more meaningful land use that could come from the introduction of the autonomous car could play a huge role in shaping housing markets. The theory is that vehicles will initially be unaffordable to most households and will be used primarily in a rideshare fashion. With fewer people owning cars and fewer cars on the road, it’s possible that gas stations, parking garages, auto dealerships and parking lots could be reimagined into housing or green spaces.

This change could have a significant impact on residential real estate, as space for garages will no longer be needed to house a fleet of family vehicles. Existing garages could be converted to storage, room additions, or accessory dwellings, resulting in more livable space.

The cost of moving materials dramatically impacts construction costs. Behind each delivery of material, supplies, and equipment is a team that must be scheduled, dispatched, and monitored. The introduction of autonomous vehicles will likely produce back-end changes to transportation that will automate scheduling and eliminate staff changes and driving breaks.

Additionally, with fewer vehicles on the road, developers can push for greater deregulation of required parking spots for multifamily buildings. Not only do these requirements push developers to construct densely packed tower-style buildings, but they can also cause severe delays or derail a project altogether. The construction of required parking can be anywhere from $25,000 – $50,000 per spot, easily pushing rents up an additional $300 per month. Reducing the need for parking will decrease costs to developers and tenants.

What does this mean for the future of real estate?

Although it is too early to know the ultimate impact on real estate values, an easy projection is that, with fewer cars on the road, the spaces they used to occupy will be changed, literally paving the way for more housing. The rise of autonomous vehicle technology could also mean that location — the primary underpinning of real estate value — will unravel.

For example, those working in large cities have had to choose between paying a premium for a home closer to work or slogging through a daily commute for a more affordable place to live. However, with access to autonomous transportation, people may no longer care about a long commute if they can do something more meaningful with their time, such as check emails, prepare for presentations, or catch up on reading. The ability to live where you want could cause values in central cities to dip as demand for homes close to public transportation or job centers no longer command a premium.

It will be some time before we see the complete absence of human drivers — but the impacts of driverless technology are certain to shake up real estate as we know it.