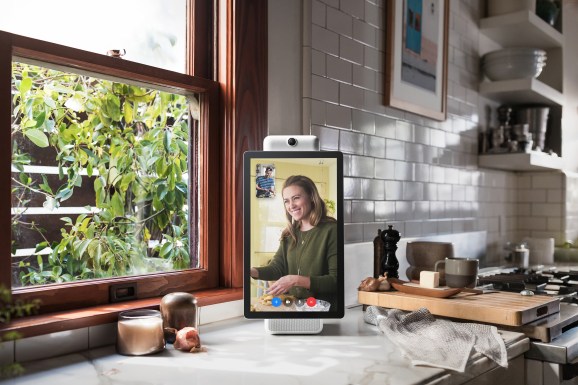 Following years of stealth development, the 15-inch Portal+ and 10-inch Portal with Alexa inside made their debuts last month.

The main selling points for Portal are artificial intelligence-powered features like Smart Camera, which automatically zooms in on video calls and frames them to make sure all the people in a room are in the same shot. Smart Volume modulates microphone intensity so that everyone in the room can be heard at a reasonable volume. 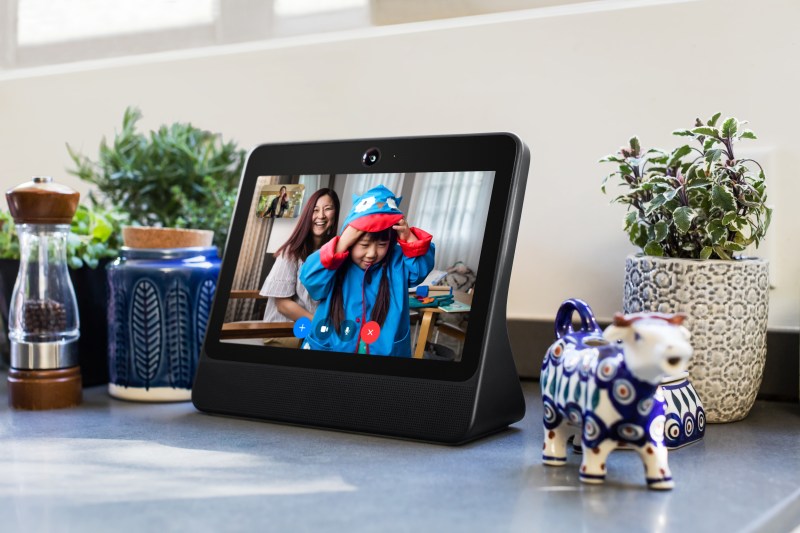 Above: Facebook Portal with Messenger video calls and Amazon’s Alexa

The highlight feature can fix the camera’s attention on a single person in the room and follow them so that, for example, grandpa can watch his grandkid as she runs around during a video call.

Another big selling point for Portal is shared experiences during calls, which includes the ability for callers to play Spotify or Pandora music together at whatever volume each wants to hear. And Storytime offers augmented reality stories for children.

When not being used for video calls, Portal devices have a feature called Superframe that displays pictures from personal Facebook albums, as well as recent photos of close friends.

While Facebook hopes the 1.3 billion monthly active users of Facebook Messenger will see value in Portal and Portal+, early critics of the device cite Facebook’s poor privacy record as among the chief reasons they will not be purchasing a Portal.