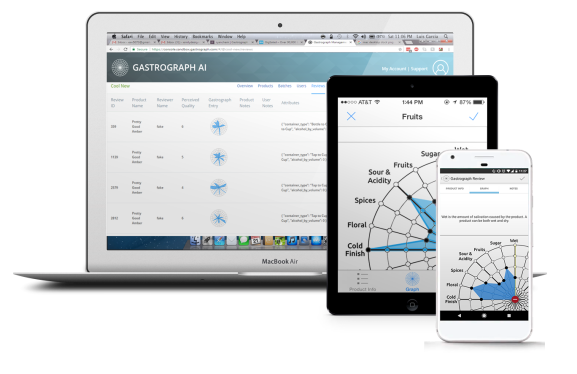 Artificial intelligence (AI) that can predict delicious food might seem ripped from the pages of science fiction, but New York startup Analytical Flavor Systems (AFS) claims to have pioneered it more than eight years ago. The result takes the form of Gastrograph, a full-stack platform for sensory data collection and machine learning-informed food insights. And according to CEO and founder Jason Cohen, it has attracted the attention of heavy-hitting investors, like AB InBev’s global innovation fund.

AFS today announced that it has raised $4 million in a Series A funding round led by Leawood Venture Capital and Global Brain, with participation from Hyperplane Venture Capital, Bits X Bites, Cornes Technology, and others. As part of the round, Karl Gemperli, Naoki Kamimaeda, Vivjan Myrto, and Eamonn Cary will join the startup’s board.

Cohen said the capital will be used to “attract new talent and expertise” and further develop the AI system. He said that its recommendations have already informed  “multiple” successful products.

“The Gastrograph AI platform can help CPG companies big and small create better, more targeted and healthy products for consumers,” he said. “Too many consumer demographics are underserved by the food and beverage products currently on the market.”

AFS isn’t the only company employing AI to personalize food. Los Angeles-based Halla’s I/O platform generates Netflix-like recommendations for grocery, restaurant, and food delivery apps and websites, in part by leveraging a database of restaurant dish, recipe, ingredient, and grocery item taste and flavor attributes. Startups like Foodpairing, Plant Jammer, and Dishq, meanwhile, have proprietary recommendation systems of their own that take into account personal preferences.

But Cohen contends that the Gastrograph is the first specifically designed for developing new food and beverage products, and he would know. He’s no newcomer to the food industry — or data science, for that matter.

Prior to starting AFS, Cohen founded and served as executive director of the Tea Institute at Pennsylvania State University, which oversees more than 20 researchers in five fields of traditional Chinese, Japanese, and Korean tea. In 2010, as a graduate student at Penn State’s College of Information Sciences and Technology, he built an AI tea information tool that outperformed expert taste testers’ ability to pinpoint a tea’s place of origin. 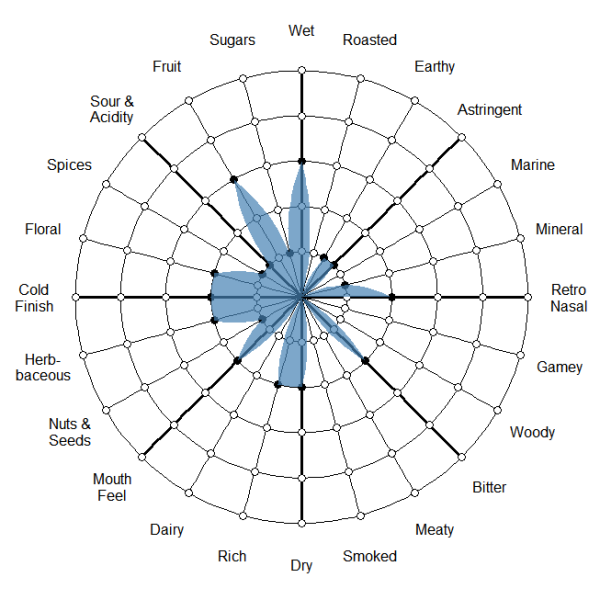 Above: Categories of taste in the Gastrograph.

Those experiences informed the development of the Gastrograph’s frontend, which has taste testers rank food across discrete categories of sensory experience. Within AFS’ smartphone app, they rate the intensity of flavors like “meaty,” “sugars,” “earthy,” “spices,” and “marine” — 24 in all — on a scale from one to five and assign an overall product preference score. Additionally, they supply demographic information, socioeconomic status, and data about the ambient environment, such as noise levels, temperature, and ambient light.

The idea is to suss out the true flavor profile of a product while accounting for every conceivable variable, explained Rob Trice, a partner at Better Food Ventures.

“Flavor has always been the forgotten sense,” he said. “Companies would use qualitative research, opinions really, to inform product decisions. Now they can see accurate predictions for what any target consumer around the world will taste in their product and how much they’ll like it. AI-powered product development is creating super competitive products that people would never have come up with.”

Gastrograph is available from Apple’s App Store and Google Play, but AFS only collects a few hundred submissions a month from the publicly available version. The bulk of its more than 200,000 reports are supplied by sensor and product developer panels recruited by more than 20 global consumer packaged goods (CPG) companies in the U.S., France, Holland, the U.K., China, and Japan and supplemented with a validation database of roughly a million customer reviews.

The core use case is product “optimization” — AFS’ clients can plug in a flavor profile and identify ways a given SKU might be improved. But the Gastrograph has yielded surprising macrocosmic insights, Cohn said, like the U.S.’ growing preference for sour food and drink (for example, IPAs and grapefruit-flavored foodstuff).

“[The company] develops very unique technologies to bring disruptive innovation into traditional CPGs,” said Naoki Kamimaeda, a partner at Global Brain. “We at Global Brain have been really impressed by Jason and his team’s capabilities and AFS’ very unique way of using AI. We will leverage our resources to support AFS by assisting its penetration into the Asian market, together with the other fantastic investors of AFS.”