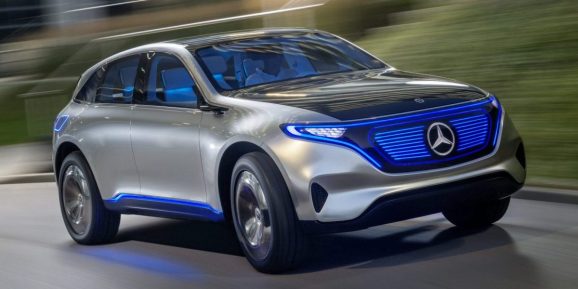 Bustling San Jose — the third-largest metropolis in California, according to the 2010 census — is about to become a testbed for autonomous cars developed by Bosch and Mercedes parent company Daimler. Today, the two jointly reaffirmed with a memorandum of understanding that in the second half of 2019, they’ll pilot “highly” and “fully” autonomous vehicles as part of an on-demand ride-hailing service revealed in July.

Assuming all goes smoothly, Mercedes-Benz S-Class sedans capable of level 4/level 5 driving — automated navigation requiring little-to-no human input or oversight, as outlined by the Society of Automotive Engineers — will offer service to “selected user communities” in the San Carlos/Stevens Creek corridor between downtown and west San Jose. Intrepid riders will tap Daimler’s Car2Go car-sharing service — plus MyTaxi (which the automaker acquired in 2014) and Moovel, an app that compares the price and duration of ride- and bike-sharing services, public transit, and other means of transportation — to summon rides from designated pickup locations.

The cars won’t be completely autonomous — at least not at first. Safety drivers will monitor each trip from the driver’s seat, Daimler and Bosch said, ready to take control in the event of an emergency.

As previously announced, Nvidia’s Drive Pegasus will provide the computational horsepower needed for the Mercedes’ real-time decisioning. A powerful processor and graphics chip will manage the network of electronic control units (ECUs) — the sensor-equipped microcontrollers that control the transmission, door locks, windows, and other systems. And a custom cooling system will keep the ECUs chilly as they churn through up to 100 gigabytes of data per kilometer of distance traveled.

Nvidia unveiled Nvidia Drive PX Pegasus at GTC Europe in October 2017 in Munich, Germany. The company’s two Xavier system-on-chips and dual graphics cards are capable of performing more than 320 trillion operations per second, Nvidia claims, and of transferring up to a terabyte of data a second while ingesting data from up to 16 cameras and six lidar sensors. Bosch and Daimler expect performance to be comparable to about six “synchronized, highly advanced” desktop computers and said that Pegasus — drawing on a bevy of radar, vision, and ultrasound sensors — would be able to react to changing road conditions within 20 milliseconds.

“With this pilot, we will generate valuable insights to connect fully automated vehicles in the best way with users of future mobility services,” said Dr. Michael Hafner, vice president of drive technologies and automated driving at Daimler.

Bosch and Daimler took the wraps off of their self-driving partnership in 2017, with the goal of getting self-driving cars on roads in the next decade. It’s a symbiotic relationship: Bosch supplies components such as sensors, actuators, and control units, and Daimler provides development vehicles and test facilities.

Daimler, for its part, in June obtained a permit from the Chinese government allowing it to test self-driving cars powered by Baidu’s Apollo platform on public roads in Beijing. (It already has permits for testing self-driving cars in the U.S. and Germany.)

Bosch and Daimler are far from the only companies ramping up development of self-driving cars, of course.

Startup Optimus Ride this week announced it would tap Nvidia’s Drive AGX Xavier to build out a level 4 vehicle fleet in the greater Boston area, following news of driverless car company Drive.ai‘s expansion into Arlington and Frisco, Texas. Baidu launched self-driving shuttle buses in more than 10 regions across China earlier this year. And Google spinoff Waymo, which has racked up more than 10 million real-world miles in over 25 cities across the U.S. and roughly 7 billion simulated miles, last week became the first company to obtain a driverless car testing permit from the California Department of Motor Vehicles (DMV).

To date, more than 20 states and the District of Columbia have passed laws regarding self-driving cars, and an additional 10 governors have issued executive orders on the subject. In early October, the National Highway Traffic Safety Administration (NHTSA) issued the third iteration of its voluntary guidelines for the development and deployment of driverless car technology — Automated Vehicles 3.0 — proposing new safety standards that “accommodate automated vehicle technologies” and “[set] exceptions to certain standards … that are relevant only when human drivers are present.” Moreover, in March, President Donald Trump signed into law a $1.3 trillion spending bill that earmarks $100 million for projects that “test the feasibility and safety” of autonomous cars.

The driverless car market is expected to be worth $54.33 billion in 2019 — a year before 10 million vehicles are expected to hit the road — and $556.67 billion by 2026, according to Allied Market Research, propelled by verticals such as food delivery and ride-hailing. About $80 billion has been invested in autonomous car research to date.