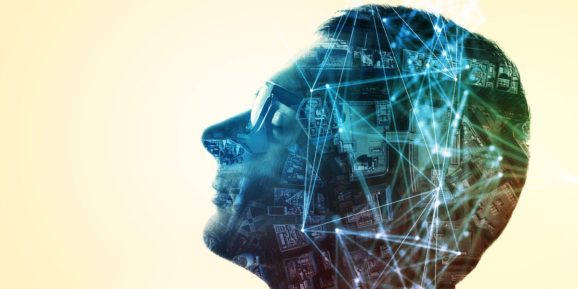 The era of pervasive intelligence is drawing nigh, asserted Deloitte in new report published today. For proof, it continued, look no further than forecasts predicting more than half a billion smartphones, tablets, and other mobile devices will sport chips with built-in artificial intelligence (AI) features by the end of 2018; that by 2023, roughly 43 percent of all AI inference (i.e., analysis) will be performed on-device; and that in the next four years, annual shipments of devices with embedded AI will increase from 79 million last year to 1.2 billion.

Those and other trends will drive the proliferation of AI-powered smart devices capable of recognizing and reacting to sights, sounds, and other patterns, Deloitte said, leading to untold levels of convenience and cost savings.

“Increasingly, machines will learn from experiences, adapt to changing situations, and predict outcomes,” according to the report. “Some will infer users’ needs and desires and even collaborate with other devices by exchanging information, distributing tasks, and coordinating their actions.”

Already, AI software providers are tailoring models and algorithms for deployment on machines outside of datacenters, Deloitte noted. This year alone, companies have raised more than $1.5 billion to develop AI silicon that can perform complex computations while consuming “minute” amounts of power. Among them are MIT’s recently unveiled inference system-on-chip, which can perform inference 3 to 7 times faster than previous chips with 95 percent less power, and Esperanto Technologies‘ ET-Minion, a 64-bit 7-nanometer processor that packs thousands of custom-designed cores on a single die.

The advantages of these offline, at-the-edge advances are myriad, according to Deloitte. Local AI processing promises to eliminate the latency entailed by transmitting data to the cloud for analysis, and to enable applications — such as vehicle navigation and augmented reality — that can’t always depend on a rock steady internet connection.

Deloitte predicts that in manufacturing, with persistent intelligence assembly line robots could calculate the motion of their arms a thousand times faster and could quickly respond to downtime. Warehouse machines could leverage a combination of in-the-cloud and on-site AI to reduce fulfillment times. Networked wind turbines could make real-time adjustments to wind speed and blade and rotor angle, increasing output by as much as 8 percent. Drones and smart cameras could drive real-time monitoring of progress at construction sites. And robot herbicide sprayers equipped with cameras and computer vision could cut the use of chemicals and associated costs by up to 90 percent.

“While these types of coordinated and decentralized systems are still mostly in early development, startups are working on … systems for managing crop fields, inspecting infrastructure, and physical security,” Deloitte wrote. “By cutting costs and increasing efficiency, smart machines may help expand certain markets … Smart devices have the potential to help companies achieve new levels of efficiency and effectiveness: automating processes, cutting materials waste, reducing cost, and increasing output. But the impact of the age of pervasive intelligence goes beyond faster, better, and cheaper.”

The forthcoming shift can’t be overstated. In Pittsburgh, a smart traffic light with embedded AI was able to reduce travel times and idling times by 25 percent and 40 percent, respectively.  In the automotive sector, carmakers like GM and Daimler are heading off the self-driving car revolution by pursuing autonomous technologies of their own. And health care providers are prepping for a future with fewer emergency room visits and a greater emphasis on telemedicine and implant procedures.

Firms would do well to prepare for this shift by considering how AI can create opportunities for new revenue sources and business models, Deloitte said, and by ensuring they have a solid understanding of how intelligent devices could change the dynamics of their industries.

“Product companies of all kinds may face competition from new entrants offering smart alternatives,” the report’s authors wrote. “While development and adoption of many smart devices may take time, incumbents must prepare for a tipping point when smart products could render traditional ones obsolete. It will be several years before the pervasive intelligence trend has a significant macro impact on most industries … [but] impacts could ultimately be significant. Devices with embedded intelligence will eventually become ubiquitous in commercial settings and consumers’ lives, enabling entirely new levels of performance and efficiency, [and] companies should begin now to game out the potential impact of pervasive intelligence on their business and their industry to position themselves to reap the benefits.”