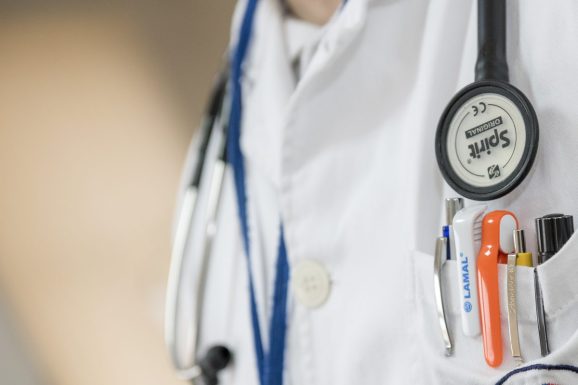 Acute kidney injury (AKI) — a condition in which the kidneys suddenly fail to filter waste from the blood — can devastate the renal system of critically ill patients. The mortality rate can approach 89 percent if it progresses beyond stage 2 (AKI is categorized into three stages). And if it develops after major abdominal surgery, the risk of death is increased twelvefold.

Fortunately, progress has been made in developing techniques that aid in early detection. A paper published by researchers at Northwestern University and the University of Texas Health Science Center (“Early Prediction of Acute Kidney Injury in Critical Care Setting Using Clinical Notes“) describes an artificially intelligent (AI) system that can collect and extract risk factors from electronic health records (EHRs) and predict the likelihood of AKI within the first 24 hours following intensive care.

“We developed data-driven prediction models to estimate the risk of new AKI onset,” the researchers wrote. “From a practical point of view, our prediction model could be used to alert clinicians of critically ill patients at high risk for developing AKI soon after ICU admission.”

To train the AI system, the team sourced records from Medical Information Mart for Intensive Care III (MIMIC-III), a freely available critical care database containing the anonymized health information of over 40,000 patients who stayed in ICU at the Beth Israel Deaconess Medical Center. They developed a script that scraped age, gender, and race and ethnicity, as well as clinical notes taken during the first day of ICU admission, as well as 72-hour serum creatinine levels (a common measure of toxicity in urine) after admission. It excluded patients without physician notes and signs of kidney dysfunction.

Altogether, they compiled 77,160 clinical notes from 14,1470 patients’ 16,560 ICU stays, which they split into two sets: one for training and another for testing. Then they set about building a machine learning model.

Some preprocessing of the data was required to arrive at structured features, some of which involved tapping the National Library of Medicine’s freely available MetaMap toolset to identify medical concepts from free text clinical notes. Extracted features came in the form of Concept Unique Identifiers (CUIs) — concepts associated with words and terms — from Unified Medical Language System (UMLS), a comprehensive compendium of biomedical terms and classifications.

Five algorithms were used to classify the ICU stays and estimate AKI risk from scikit-learn, an open source machine learning library for the Python programming language. In testing, the researchers’ supervised learning classifier achieved 0.779 area under the receiver operating characteristic (AUC), meaning it was able to identify patients at risk of developing AKI more than 50 percent of the time and with precision “competitive” with previous methods.

Still, it wasn’t perfect. It incorrectly flagged AKI onset in a patient whose chart contained highly associative words, such as “chest tube” and “labile.” In another case, it failed to predict AKI in a patient who later developed it. (In the latter case, they noted that there weren’t enough patients in the dataset with similar conditions.)

Another party of note applying AI to AKI detection is Google subsidiary DeepMind, which in February announced a partnership with the U.S. Department of Veterans Affairs which gave it access to more than 700,000 medical records.