The company said it’s opening preorders today, starting at $679 for the consumer version and $729 for the business-focused incarnation. Microsoft said the Surface Go with LTE Advanced is expected to officially go on sale in the U.S. and Canada November 20, followed by 21 additional markets on November 22.

Microsoft launched its first Surface back in 2012, and a number of Surface-branded devices have gone to market since, including the Surface Book and Surface Laptop. The Surface lineup is now a major part of Microsoft’s business, and the company is among the top 5 PC vendors in the U.S.

Against this backdrop, Microsoft unveiled the more demure 10-inch Surface Go back in July, with units shipping a month later. Reviews have been generally positive, but one key configuration has been missing from the Surface Go lineup up until now: cellular connectivity. 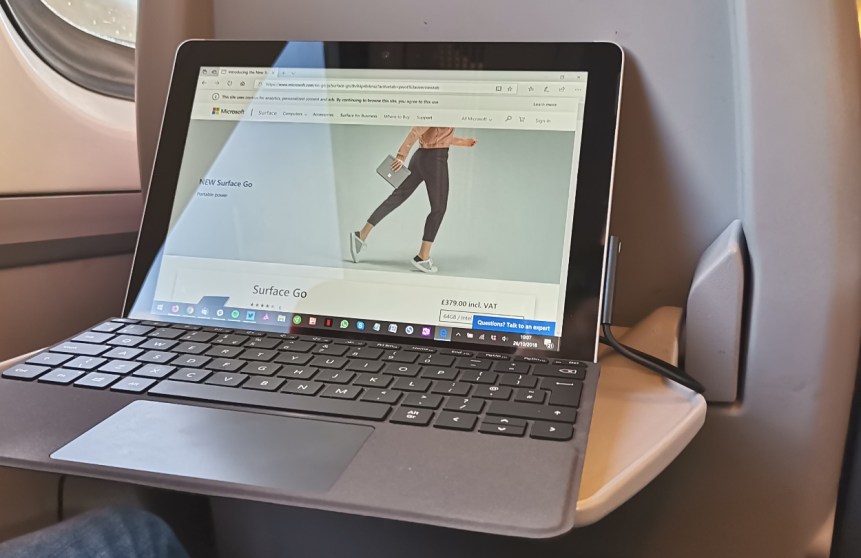 So far, three configurations of the Surface Go have been available: 4GB (RAM) / 64GB (storage); 4GB / 128GB; and 8GB / 128GB. Back in July, however, Microsoft announced that an LTE incarnation would be landing before the year is out, and today the company is making good on that promise.

The consumer version of the Surface Go LTE Advanced will only be available in an 8GB / 128GB configuration, which will cost $679. The commercial version, which is called Surface Go for Business, costs $729 for 128GB of storage and $829 for the 256GB variant. Both have 8GB of RAM.

An LTE version of the Surface Go will be welcome news for many, as it edges the device even closer to being the ultimate portable productivity machine. However, the price could be a sticking point for many — at around 70 percent more than the baseline $399 Surface Go, the LTE unit is perhaps a little too close to premium-pricing territory. Comparing like-for-like, however, the LTE device is just 24 percent more expensive than the non-LTE version with 8GB RAM and 128GB of storage.

But remember, the Surface Go doesn’t include the type cover, so you’re looking at a minimum spend of around $779 if you want full functionality.