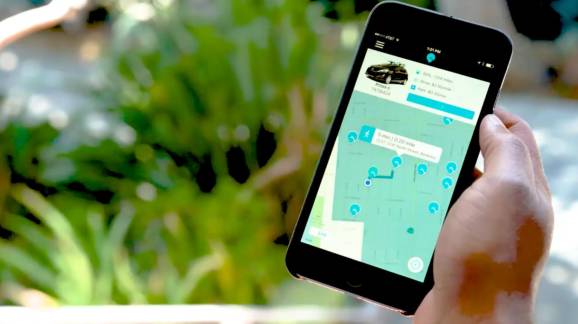 Car-sharing, ride-sharing, and ride-hailing companies have something in common: They rely on fairly sophisticated backends to keep fleets up and running on time. Ridecell, which offers one such software-as-a-service (SaaS) solution, has attracted the attention of investors like LG and Sony.

The San Francisco startup today announced an extension of the $28 million Series B round it completed in May that more than doubles the amount raised to over $60 million. Activate Capital now leads the round, with participation from Munich Re’s ERGO Corporate Venture Fund, LG Technology Ventures, BNP Paribas, Sony Innovation Fund, Ally Ventures, and Khosla Ventures.

“We are excited to announce our investment in Ridecell and to join a terrific set of strategic investors inside the company,” Atluru said. “We believe that transportation is being disrupted in fundamental ways and across multiple dimensions, all at once. With growing global urbanization, mobility services are replacing personal car ownership and fleets will increasingly be electrified and autonomous. Ridecell’s platform connects and enables the entire ecosystem of participants required to deliver on this promise.”

Ridecell cofounders Arun Elangovan and Aarjav Trivedi — both Georgia Tech graduates — initially conceived of the Y Combinator alumnus as a ride-sharing service akin to Uber and Lyft. They launched the Summon (formerly InstantCab) in 2012, and it operated in San Francisco, Oakland, Berkeley, Emeryville, and portions of the East Bay until 2015. But as competition grew fiercer, they pivoted their focus to fleet management.

Trivedi, who serves as CEO, described Ridecell’s technology as a “cloud-based mobility” engine. Its more than 20 customers — among them UCSF, 3M, SouthWest Transit, BMW, Groupe Renault and Ferrovial, AAA Northern California, Nevada, and Utah — use it to keep tabs on car fleets’ locations and maintenance schedules.

BMW’s ReachNow, for instance, prompts car sharers within its operating cities (currently Seattle, Portland, and Brooklyn) to stop by a charging station if their 3 Series sedan, Mini Cooper, or i3 hits a low power threshold. And it derives insights from usage data, like the fact that car-sharing demand is much stronger during the day than at night.

Ridecell clients like the University of California, Berkeley and the Santa Clara Valley Transportation Authority, meanwhile, tap the service to ensure their shuttles don’t run half empty.

The company is leveraging its early momentum to expand into new markets, namely autonomous fleet management. (It also recently applied for an e-scooter permit in San Francisco.) In 2017, Ridecell bought California-based driverless shuttles developer Auro Robotics, which Trivedi said will enable it to conduct tests of its autonomous product suite in private properties like theme parks, business parks, resorts, and retirement communities.

Prior to the acquisition, Auro had piloted its battery-powered, lidar-equipped level 4 shuttles at several universities in the U.S. and deployed vehicles on the campus of Santa Clara University. Those are still in daily operation.

Ridecell recently obtained a permit to deploy the shuttles on public roads in California. They’ll ferry passengers to and from geofenced locations at speeds of up to 25 miles per hour as part of its autonomous operations platform, which can send shuttles back to a garage for routine maintenance, deploy support vehicles to address problems in the field, and manage who can board the shuttles.

Trivedi believes that Ridecell is well-positioned for growth. About a third of all miles will be shared mobility by 2030, he said — a forecast that’s in line with a recent study conducted by Fujitsu America, which found that shared cares will have utilization rates above 50 percent in the next 12 years.

He pointed out that owning a car is expensive. The average gas-powered car costs $0.70 a mile, accounting for purchase, fueling, and maintenance.

“Investor interest in cloud-based mobility platforms and autonomous vehicles increases almost daily as the disruptive potential of these new technologies are realized,” he said. “[We] continue to achieve important milestones on our path to autonomous mobility, [and] now support driver-operated and autonomous on-demand vehicle services using a single cloud-based solution.”

Ridecell employs a workforce of over 120 across offices in the U.S., Europe, Asia, and Australia and says it has processed over 25 million rides and rentals over 20 million miles. Altogether, it has raised more than $70 million to date.